Is Brainwave Technology The Future?

Orwell’s Thought Police would love this technology…so might the hackers.

Tiny electro-threads that can be implanted in the brain right next to our neural networks that will read our thoughts are now electronically feasible.

But should this technology be allowed to progress from an ethics perspective, even though it has some very beneficial implications for medical use?

Think about this. Like most of us, at some time in the past, you would have thought of something to say or do but a split second after that thought a second thought would have told you, don’t do or say it. The action could have proven inappropriate, inaccurate, harmful and misguided, in many ways. The phrase “on second thoughts” is definitely valid.

This is a key consideration when we look at futuristic applications of thought-reading, brain-embedded technology, which is often referred to as BCI (Brain-Machine-Interfaces). 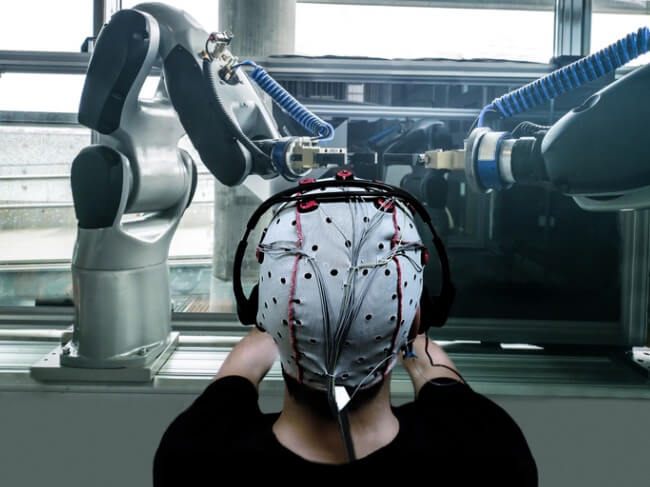 Humans are very good at and like to control equipment physically. We use fingers to type on our computers or our vocal cords to verbally communicate. These physical abilities give us that fraction of a second for those valuable second thoughts that can prevent mistakes.

Now imagine controlling a machine via your thoughts that are communicated by implanted electro-threads. No sooner do you think it, than it's done. No time for second thoughts there!

And would it be the human or the BCI activated machine that gets the blame when mistakes happen? Not a difficult question to answer. It’s hardly likely an irate manager would start to verbally rant at a machine.

Also, let’s take into account the vagaries of human nature and how their behaviour could impact on how a BCI-connected machine would work. What happens when the electro-threads are in the brain of an employee that has a particularly jaded set of cerebral networks following a lengthy spell in the local pub the previous evening?

And what about the hormonal influences and things like random migraines that humans can be subject to?

These are just some of the ethical and practical aspects. But there’s also the privacy question and that is likely to open a massive can-of-worms.

But how is all this likely to happen technically? Some of the breakthrough work being done in this area is by a company called Neuralink.

It has created a high bandwidth system with over 3000 electrodes that are spread over 96 threads. To implant, these in the brain a robot specially developed for the task will insert nearly 200 electrodes every minute.

This array of electrodes is part of a device that is implanted into the brain. This has custom-built Integrated Circuits (ICs) that are designed for low-power digitisation work and has 3072 channels. Your neural thoughts would be streamed via a USB cable. 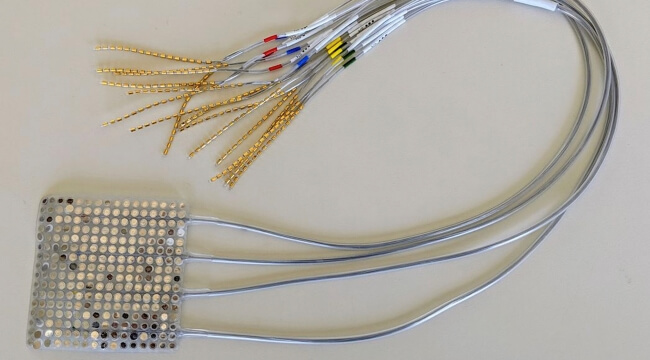 When it comes to the electronics involved in communicating your inner thoughts over a lengthy period of time there are some pretty high-tech hurdles to jump.

The density of recording channels necessitates placing the signal amplification and digitisation stack within the assembly, otherwise, the cable and connector requirements would not be suitable for a BCI-related app. This recording stack must amplify small neural signals (>10 μVRMS) while rejecting out-of-band noise, sampling and digitising the amplified signals and transmitting the results so they can be turned into real-time actions. All this must happen using minimal power.

In the Neuralink system, an ASIC is used that has 256 programmable amplifiers, on-chip A to D converters and peripheral control circuitry for serialising the digitised outputs. The on-chip ADC samples at 19.3kHz with 10bit resolution. An Ethernet linked base station converts the data streams from these systems into multicast 10G Ethernet UDP packets allowing downstream users to process the data.

Brainwave Technology in The Medical Industry

So how can capturing the thoughts of a human brain be used to help people with serious medical problems? There are in fact numerous ground-breaking possibilities with brain implant technology.

Brain stimulators have been implanted in people suffering from Parkinson’s disease and people who have lost limb and body functions through strokes. In many cases, the result has been that paralysed patients were able to regain control over their body parts. The neural devices connect to the nervous system that links with the motor cortex allowing muscle control.

In addition to that, electronic implants can also help with the repair of brain damage that has affected a person's memory recall ability. Implants are currently being trialled with Alzheimer’s patients where the device is placed into the part of the brain involved in learning and memory. There is also neural implant-related technology developing that could in some instances return sight to the blind.

The Future of Brain-Computer Interface

But when will all this become a here-and-now reality? Many experts are saying that it could be within two years. One company involved in neural electronics research, Ni2o (Neural-input-to-output) at the Institute du Cerveau et de la Moelle Epinnière in Paris has said it will be able to communicate bi-directionally with a million neurons in real-time in less than two years. The company is designing a more general-purpose implant that will use artificial intelligence to learn the meaning of the brain signals it encounters.

And Neuralink is currently seeking approval from America’s Food and Drug Administration to start robotic brain implant operations and claims this could happen by 2020.

But there is a downside to this thought-linking technology; the hacking potential.

The fact is data security is weak in current brain implant designs and that weakness is exacerbated when it is connected to other equipment that uses the software, data transfer and communications systems that form part of the overall BCI systems.

The risk here is could such malicious infiltration make the connected human move or think in a damagingly erratic way.

And what about thought data theft? Would you want some of your innermost private thoughts being used against you in a blackmail scam? I think not.