Virtual Reality and Augmented Reality: Why AR May Be The Future of VR

What is Virtual Reality?

Virtual reality utilizes computers to generate a completely simulated environment. Before VR came into its own, it was envisioned in the likes of the holodeck from “Star Trek,” and the campy yet enjoyable “Lawnmower Man.” The mid-90s saw the ill-fated Nintendo Virtual Boy, and even the simplistic View-Master toy is an excellent example of early virtual reality. It’s a completely immersive experience, with a 360-degree, interactive environment. The most recognizable element of virtual reality is the headset.

However, VR incorporates multiple senses including sight, sound, and touch to transport the user into a different world. Aside from a VR headset, a computer of sorts is required for generating an artificial reality. This might be a standalone rig such as a PC, game console, or phone, but it might be built into the device itself.

The head mounted display (HMD) remains the most prominent aspect of virtual reality. It’s worn on the head and may be wired or wireless. With a headset on, the user experiences a 3 dimensional, interactive world. Along with the headset, positional tracking sensors are required. This could be built into the headset, or separate. In addition to the VR headset, you’ll need a controller, used for interacting with the 3D environment. This could be a keyboard and mouse, gamepad, or dedicated VR controllers. An oft overlooked element of virtual reality is sound. Most often, headphones provide immersive audio, blocking out the real world.

There are loads of virtual reality headsets on the market, from VR headsets for PC to phone-based VR viewers.

From Facebook comes the Oculus Rift. Though it’s not necessarily the first VR headset, the Oculus Rift helped popularize virtual reality applications with its lush visuals, high-quality, and reasonable price. Since its launch in 2016, the Oculus underwent several hardware refreshes. It comes with a headset, positional tracking sensors, and controllers. There’s a 1080x1200 pixel picture per eye, and a 110-degree field of view (FoV). External sensors track head movement. For generating an image, you’ll need to hook up to a PC, and use content from a source such as SteamVR or Oculus.com. Headphones are built-in. The Rift connects with a single USB and HDMI. 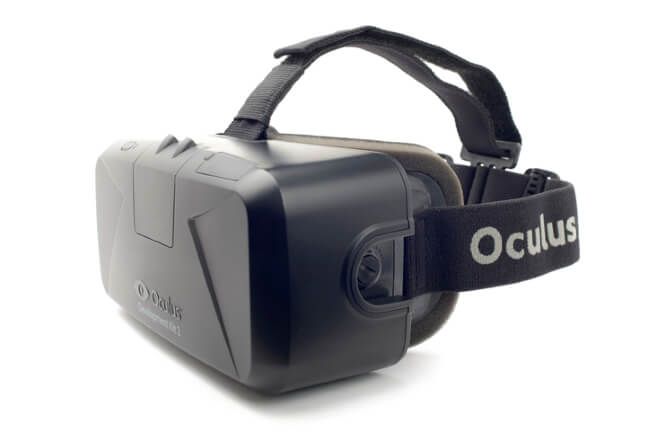 Like the Oculus Rift, the HTC Vive VR headset is a computer-based virtual reality viewer. Specs for the base Vive are roughly on par with the Oculus, while the HTC Vive Pro steps up to a 1400x1600 pixel display per eye. There’s no onboard audio like with the Oculus Rift, though there’s a 3.5mm headphone jack for using your own headset. Aside from the HMD, the HTC Vice boasts accurate motion controls, and simple to set up motion sensors. Whereas the Rift merely requires a USB port and HDMI, the Vice needs a Link Box with USB and HDMI connections. When comparing the Oculus Rift vs HTC Vive, the Oculus Rift arguably wins because of its lower price, ease of configuration, and wide game selection, although the HTC Vive is a superb device. 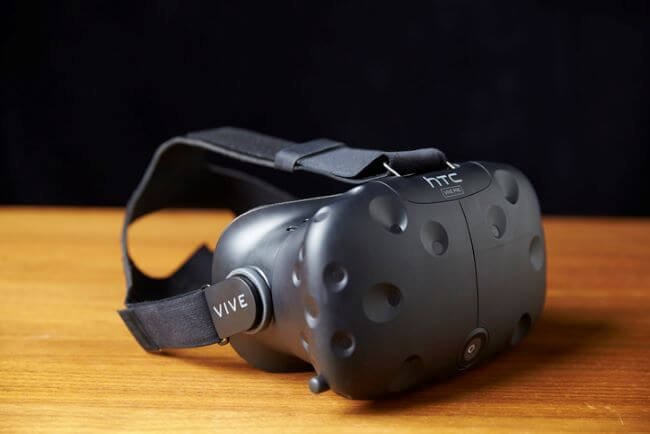 In addition to PC VR technology, there’s phone-based virtual reality as well. The Google Daydream platform is a VR experience which requires a Daydream VR headset and compatible phone or standalone Daydream VR viewer. A bevy of virtual reality apps and games are available. It’s not as convincing as PC VR, suffering from the screen door effect which manifests a grid of fine black lines, but it’s nevertheless solid. Google Daydream headsets come with a single handheld controller.

Easily the least expensive, and least convincing option is the Google Cardboard. You can buy or build your own do-it-yourself (DIY) VR headset. Simply slot a phone inside, fire up the Google Cardboard app, you start experiencing a variety of basic virtual reality apps and games.

Outside of phone and computer virtual reality headsets, there’s virtual reality on the PS4 with the PSVR. For VR on the PS4, compatible with over 200 games including “The Elder Scrolls V: Skyrim.” Here, you’ll need a PlayStation 4 console and the PSVR kit.

Although virtual reality gaming may be the most common example of VR, many virtual reality applications exist. VR movie and TV show watching is fantastic, and apps such as Plex, Netflix, and Google Play Movies & TV. I regularly stream Netflix and Plex in Google Daydream. For business, VR can be used to provide an immersive experience as companies such as Volvo take advantage of, as evidenced by its Volvo Reality app for Google Cardboard. An “experience,” is a sort of game-video fusion. Usually, there’s limited interactivity and it’s meant to immerse the viewer for either entertainment or business purposes.

What is Augmented Reality?

Despite their similarities, virtual reality and augmented reality differ. AR focuses on integrating computer-generated images with the real-world. As such, it’s a fusion of digital information and the user’s environment. Largely, AR arrives in the form of heads-up displays (HUDs) and information overlays.

Augmented reality delivery devices come in several shapes. Some, like VR headsets, are worn, like the Google Glass or Microsoft HoloLens. Others are built into cars, and provide a heads-up display in a windshield. Phone-based AR is among the easiest methods of providing augmented reality to the end user.

Augmented Reality Definition: A fusion of the real-world with computer-generated overlays and HUDs.

Though VR headsets dominate, augmented reality headsets abound. From the Microsoft HoloLens to the Google Glass, these are the top AR headsets on the market.

Best-known for its printers and projectors, Epson hopped into the AR game with the drone-oriented Moverio BT-300FPV. These AR glasses let you view a live-feed of your drone’s flight video alongside flight stats.

Initially, Google Glass failed to take off, but Google revamped its AR headset to focus on the enterprise sector with the Google Glass Enterprise Edition.

An innovative company, Lightwear makes the Magic Leap for both consumer and enterprise environments. It comes with a GPU and CPU built in, a small form factor, and stylish design.

Why AR is the Future of VR

While both augmented reality and virtual reality continue to evolve and become more mainstream, AR is arguably the future of VR. Lower cost, ease of use, and more business applications posit augmented reality as benefiting from a wider appeal.

Cost - AR is Cheaper Than VR

Though the price of getting started with virtual reality can be as little as a compatible phone and Google Cardboard, high-quality, convincing VR will cost a decent amount. For one, there’s buying the headset which runs anywhere from about $250 USD to around $700. Then, the minimum specs for virtual reality typically demand a PC running around $1000. As performance gains grace GPUs and GPUs, and VR technology becomes more efficient, expect the entry cost of getting started with VR to come down. But for now, AR is far cheaper, requiring little more than a phone and an app for basic augmented reality.

Use Cases - VR vs AR in the Real-World

When it comes to augmented reality examples vs virtual reality applications, AR wins again. Consider Pokemon Go. The massively popular mobile game ushered in a craze with its augmented reality gameplay. Users merely installed the app, captured Pokemon, competed in battles, and more. Because of the low start-up cost, with the app being free and game freemium, widespread availability, and fun format, Pokemon Go offers the prime example of AR implementation.

Moreover, companies such as IKEA utilize augmented reality for business purposes. The IKEA Place AR app provides a way for customers to envision how furniture will look in their homes. This abides by predictions from Forbes on the future of AR and VR in advertising and marketing, which include an onus on attracting clients, interactive experiences, and an emphasis on customization.

In 2018, Microsoft landed a $480 million HoloLens contract from the US Army for its augmented reality technology in a move that seems eerily to the underrated Douglas Trumbull-directed sci-fi cult classic “Brainstorm.” Notably, augmented reality in healthcare continues to revolutionize the industry, with improved training, faster adoption of groundbreaking technology, and enhancement of treatment delivery.

At its most basic, AR doesn’t even require anything but a phone and an app. The likes of Pokemon Go and IKEA Place simply require a quick app installation. Therefore, it’s much easier than setting up virtual reality since there’s no headset requires. Still, devices such as the HoloLens, Lightwear, and Google Glass Enterprise Edition come with everything packed into a singular device. There’s no hassle of hooking up HDMI cables or USB cables or slogging through app stores seeking compatible programs.

AR vs. VR: The Bigger Picture

Ultimately, both augmented reality and virtual reality blossomed and keep evolving. Both continue seeping into both consumer and enterprise environments with broad ranges of applications. Augmented reality tends to be cheaper, more accessible, and less complicated. On the other hand, virtual reality creates incredibly life-like, immersive worlds which go unrivalled by AR. For businesses, both AR and VR can be adopted, though AR remains easier to implement and more accessible.