Will GaN and the Tesla SpaceX Car Survive Space Radiation? Yes and No.

Two space travel related stories hit my desktop this week; one that rapidly generated major international headlines and one that slid very quietly onto my email screen.

The headline-hitter was the successful launch of Elon Musk’s SpaceX rocket with its payload of a Tesla sports car, complete with a dummy driver at the wheel. The second was about Gallium Nitride technology that would be suitable for space applications.

The SpaceX launch attracted scores of varying comments from the media with some saying that it was the start of a great planet Mars adventure, some deriding it as a total waste of money and some actually saying it had allowed Elon Musk to get away with the perfect murder because there was a dead body stashed in the car onboard the rocket. 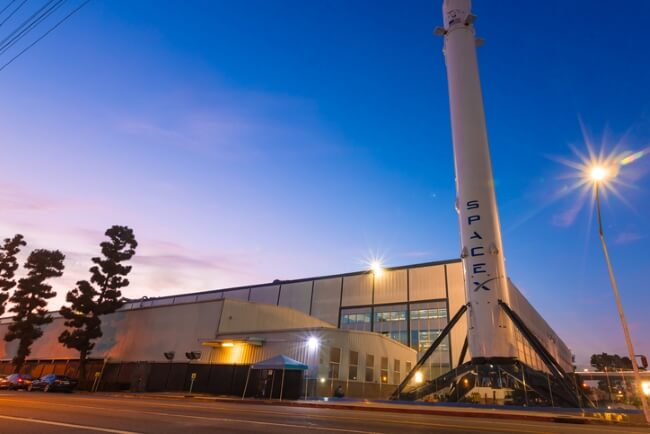 Despite all that speculative nonsense, what Elon Musk actually said about the space-pioneering Tesla car is it would go into Mars orbit and stay there for millions of year. It is at this point that the two stories reach common ground; radiation.

Scientists believe the Tesla onboard SpaceX may not withstand even a year in space. They say it will be destroyed by radiation because the plastics and carbon-fibre elements of the vehicle will not be able to withstand the extreme levels of radiation from the sun.

This brings me onto the second story which focuses on the continued development of radiation-hardened electronics components that can withstand the space travel environment.

What is said to be the space industry’s first radiation-hardened, GaN (Gallium Nitride) FET (field effect transistor) driver and GaN FETs for DC/DC converter power supplies in launch rockets and satellites have been developed by Japanese chip company Renesas.

Interestingly, the GaNFETS use a die which is manufactured by Californian company Efficient Power Conversion Corporation which is headed by CEO Alex Lidow, formerly CEO of International Rectifier and one of the foremost early pioneers in the development of FET technology.

Both GaN FETs require less heat sinking due to reduced parasitic elements, and their ability to operate at high frequencies allows the use of smaller output filters.

Operating with a supply voltage of 4.5 to 13.2V, the FET driver provides high current source and sink capability for high-frequency operation, while offering both inverting and non-inverting gate drive. Fail-safe protection on the logic inputs eliminates unintentional switching when they are not actively driven.

The ISL70040SEH provides reliable performance when exposed to heavy ions and is immune to destructive single event effects up to 16.5V with linear energy transfer of 86MeVcm2/mg.

As for the Tesla car and its mission to planet Mars, this may well have an ironic significance. Tesla’s need copious supplies of lithium to create the batteries that power them and whereas there are ample supplies on planet Earth at this stage it is thought that Mars could provide a wealth of lithium-related minerals in the future.

And don’t try to tell me that thought hasn’t occurred to a renowned forward thinker like Elon Musk.