Wearable devices have been among the most anticipated and talked-about consumer electronics devices in recent years – but the reality has often fallen short of the hype. While the potential is there for wearables to change our lives and generate revenue for device-makers, adoption rates so far have been below analysts’ predictions. Even Apple has struggled to make its Apple Watch even a fraction as popular as its smartphones. 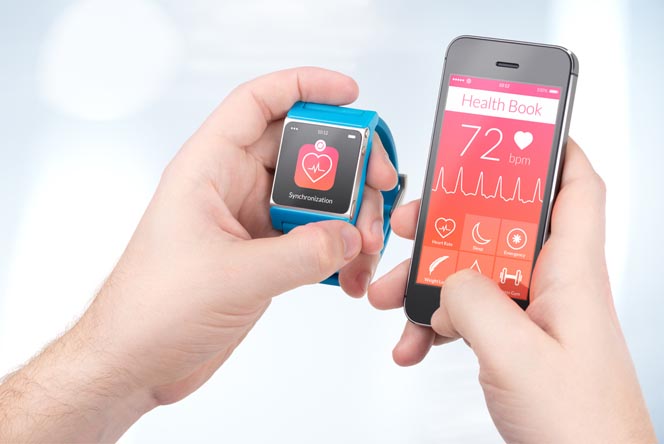 Figure 1: Wearables have the potential to change our lives.

Is the wearable device trend flatlining? Is it a fad whose time has passed? Or is it a nascent market, still waiting for its potential to be realised?

A new generation of wearable devices is finally finding its “killer app” and shaking things up. Using power-efficient, yet high-performance system-on-a-chip (SoC) processors, these new wearables represent a big improvement over what we’ve seen before.

While smartwatches and even fitness-tracking devices have been around since the late 2000s, wearable devices as we know them today truly took off around 2012. That was the year Nike’s FuelBand fitness tracker and Pebble’s smartwatch came on the market. These two iconic wearables were tremendously popular, and their success kick-started public interest in wearable devices.

Numerous competitors entered the market, and these days we have a plethora of fitness trackers and smartwatches to choose from. Five years on from the FuelBand’s launch, one would think that nearly everyone should have a smart wrist accessory by now, but that isn’t the case. Sales haven’t quite matched analyst predictions, and a recent survey has shown nearly 30% abandonment rates for fitness trackers and smartwatches. Nearly one in three of these accessories is ending up in sock drawers.

So what has held wearables back from massive mainstream adoption? Just like any early-stage emerging technology, wearables have been going through growing pains.

As an entirely new class of device, there was no suitable hardware ecosystem to support the first generation of wearables. They had to make do with components intended for larger, less power-conscious embedded systems. This resulted in devices with great promise, but less than stellar execution.

These early wearables often made heavy use of discrete components, resulting in bulky, expensive devices that generally consumed more power than was desirable. The Nike FuelBand, for instance, used discrete microcontroller, memory, sensor and radio components. While tastefully designed by Nike’s engineers, the FuelBand was still relatively thick for a bracelet, and at $150, it was expensive for a simple activity-tracker.

Because of battery-life concerns, as well as limited on-board processing capabilities, many early wearables offloaded serious processing to the smartphone. This resulted in devices that had very restricted functionality on their own. Any meaningful data analysis involving sensor fusion required users to bring up an app on their phone.

Finally, early wearables were perceived as ‘nice-to-haves’ rather than ‘must-haves’. The metrics were often limited to simple step-counters (which weren’t always accurate) or heart rate monitors. Many devices were resolving use cases that didn’t seem essential to most people and could, in many cases, be replicated through smartphones themselves.

More than a Gimmick

Though far from perfect, first-generation wearables did sell well enough to demonstrate the commercial potential of this fledgling market. Recognizing that wearables had a need for energy-efficient sensor processing in a compact package, chipmakers quickly rose to action. By integrating the microcontroller (MCU), Bluetooth radio and other key components, the development of SoCs has enabled today’s wearables to be slimmer, longer-lasting and more functional.

The need for SoCs in wearables stems from the fact that wearables designers must work within very tight space and energy constraints – more so than in most other embedded systems. Yet the devices still need sufficient processing and sensing capabilities to provide meaningful functionality. Even smartphones, small by traditional embedded systems standards, are huge compared to even the bulkiest smartwatch. Wearables need to be small enough to fit on wrists, and light enough to be worn on other parts of the body or embedded in clothing without being noticeable.

Energy-efficiency is another huge challenge for wearables. Unlike smartphones, whose functionality is now essential to the average consumer, wearables are still mostly peripheral devices, meaning people are less willing to charge them every day.

SoC designs help solve these form-factor and energy challenges, enabling wearables to be made smaller and lighter – hence making them less obtrusive and more convenient to use. SoCs enable wearable electronics to be embedded in more aesthetically pleasing designs, while maintaining multi-day, or in some cases multi-week, battery life. 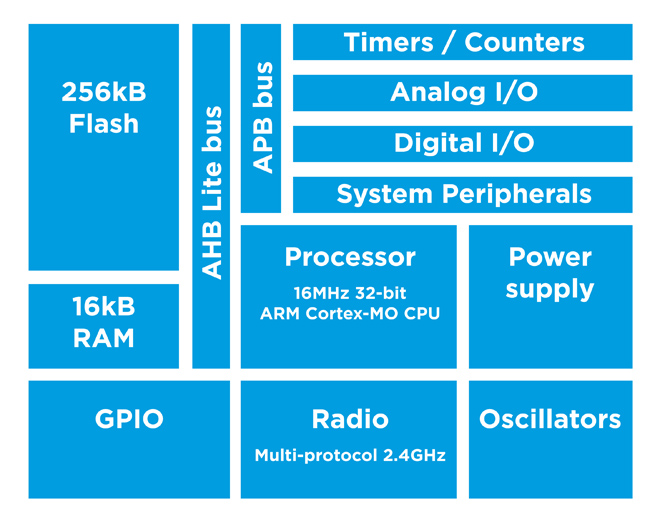 By building its SoC around an ARM processor, Nordic brought an energy-efficient processor to the table and ensured developers could work with well-supported development tools. In addition, with their embedded BLE software stack, these chips were much easier to design for than traditional Bluetooth radio modules. Developers could focus on application functionality, rather than the intricacies of the BLE protocol.

Other chipmakers also saw the potential of the SoC design for wearables and quickly followed suit with their own takes on the ARM Cortex-M0-based BLE SoC. Cypress Semiconductor's PSoC 4 BLE Module features an M0 processor clocked at 48MHz, integrates a capacitive touch controller and improves analog device support. Atmel's ATSAMB11 is another M0-based module, with industry-leading low power consumption, and an extremely small QFN (6x6mm) package.

While these new, integrated BLE SoC series modules made a big splash in the wearables and IoT market, the Cortex-M0 ARM processors they used were relatively underpowered, limiting their use cases to more basic wearable applications.

In 2015, Nordic disrupted the wearables market once more by introducing the nRF52 series. These second-generation BLE SoCs introduced significantly more processing power, with a 64MHz Cortex-M4F processor, improved radio sensitivity, doubled flash and RAM, and half the power consumption.

In the same year, Texas Instruments upgraded its offerings, releasing the CC2640 series of BLE SoCs with Cortex-M3 processors. These featured relatively powerful 48MHz processors, which greatly expanded what was possible with a BLE SoC design. Power consumption could still be kept very low, with 5.9mA RX and 6.1mA TX at 0dBm. 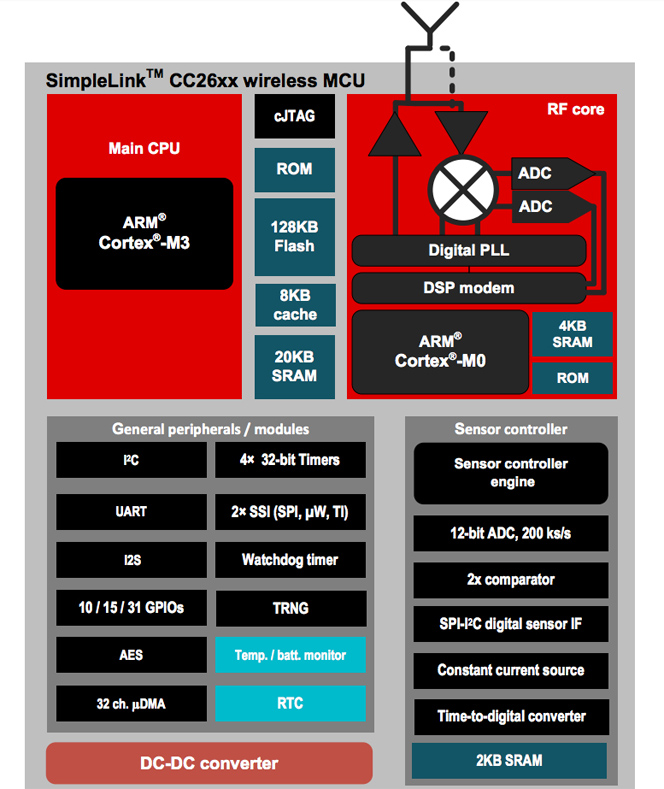 These second-generation SoC processors are now powering a new wave of wearables that are more affordable, functional and aesthetically pleasing than ever before.

The Lumo Run exemplifies the newest wave of fitness-tracking devices, which boast better and more accurate metrics. It uses an nRF52832 SoC to achieve a slim, half-inch-thick profile and a barely perceptible weight. Whereas first-generation fitness trackers were wrist-based devices, making them notoriously inaccurate for tracking lower-body activities, the Lumo Run is attached to the back of the trousers near the torso.

By monitoring movement near the center of the body, the Lumo Run can track cadence, bounce, braking, pelvic drop and rotation. These detailed metrics go way beyond traditional step-counters. Users receive precise, actionable feedback on how to improve their running form.

The Owlet Smart Sock is an example of the new class of wearable that goes beyond wrist-based accessories. It’s a sock for babies that tracks their oxygen levels and heart rate. The sock incorporates a pulse oximeter as well as a BLE transmitter. Vital signs are communicated through BLE to a base station, which sends the data to the cloud, from where it can be accessed using a computer or mobile app. It aims to give parents peace of mind by being able to track their baby’s vital signs remotely.

For professional athletes, injury is always a worry. A new wearable compression sleeve by Motus aims to help baseball players avoid the elbow injuries common to the sport. By incorporating an accelerometer, the Motus sleeve tracks how much stress baseball pitchers put on their elbow each time they throw a ball. This gives players and coaches the data they need to optimize practice times, prevent overtraining and decide when players should stay in the game or be put on the bench.

After an awkward start, wearables are finally coming into their own. The first generation of wearables had to jury-rig technology meant for larger equipment, often resulting in bulky, expensive devices that were typically more hype than function. But as the hardware ecosystem caught up, wearables started to shape up as well.

Today, the availability of energy-efficient, powerful BLE SoC chips from Nordic, Cypress, Atmel, TI and other wireless chipmakers has enabled the latest generation of wearables to find the right balance of energy-efficiency, processing power and space savings to be highly functional, aesthetic and usable.

Unlike what many expected, the success of wearables hasn’t meant fitness trackers on every wrist, but rather a plethora of wearable devices in all shapes and forms, solving specific problems in medical, industrial, consumer and even athletic applications. The most successful and promising wearables today aren’t necessarily the ones we’ve been waiting for, but the ones we never expected.