How Static Analysis Improves Safety and Security for Multicore Platforms

Multicore processors are ubiquitous in embedded devices but still pose a challenge for developing safety-critical and security-critical devices. True concurrency offered by multicore processors means that true multithreaded programming is required, which is tough to get right. Static analysis is essential in mission-critical software because it can catch bugs that traditional types of testing (eg. unit, functional, and system testing) miss and that developers labour over for hours and days. In safety-critical and security-critical systems, multicore platform benefits must outweigh the risks. 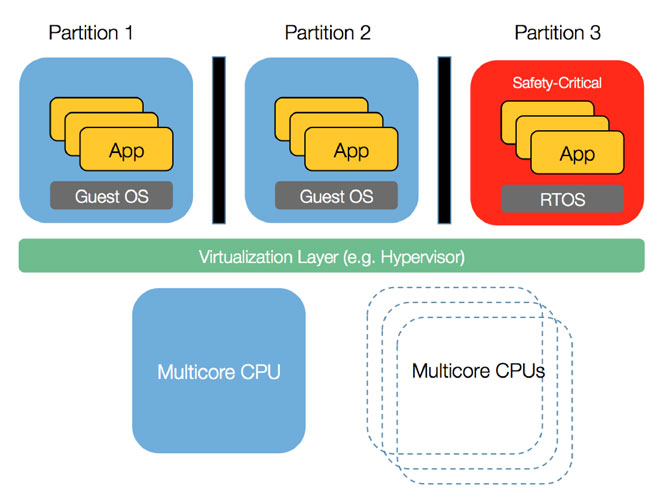 Figure 1. An example of a partitioned system using virtualisation on a multicore platform. Separation by criticality and functions are possible.

However, multicore processors introduce real, hardware-level concurrency to multithreaded programs, and with concurrent programming come potential bugs that are very tricky to detect and fix during development. Although the extreme option of forcing safety-critical code into single-threaded operation is possible, it's highly inefficient. Proper concurrent program design and the right tools can make programming on multicore processors less risky.

Unit testing typically assumes single-threaded operation - provide inputs and check for expected outputs. In multithreaded programming, the relationship between "units" is complicated, and testing for correct behavior is a priority. Multicore platforms add true hardware concurrency to the mix, meaning that threads are truly running parallel. In addition, scheduling and ordering of events in the system becomes non-deterministic, since instructions are interleaved among the available processor cores (or threads in hyperthreaded CPUs). The following diagram shows how the complexity of interleaving grows from two instructions and two threads to three instructions and two threads. Depending on the safety criticality, it might be prohibited. If not, if means extra diligence to ensure correct behavior. 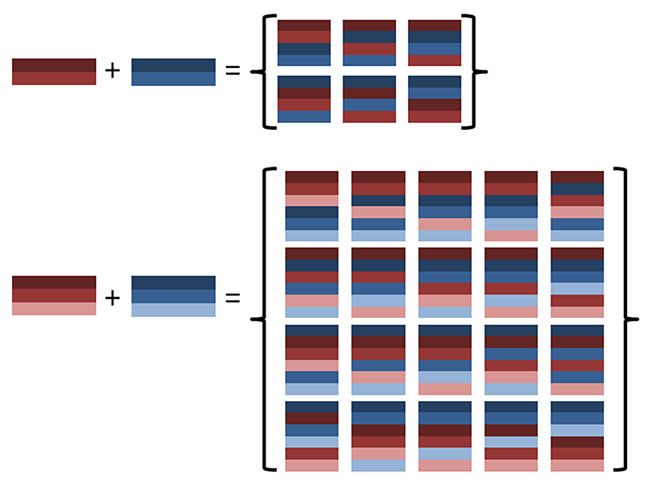 This complexity increases the testing effort and risk of defects and vulnerabilities significantly. Luckily, static analysis tools can help detect data access race conditions and synchronisation bugs, which are difficult to detect in unit and subunit testing.

Static analysis tools create an internal representation (IR) of analysed programs in order to reason about their expected behaviour. As part of this reasoning, it's possible to detect race conditions and concurrency issues that might otherwise pass traditional testing techniques. GrammaTech CodeSonar can detect the following complex bugs in multithreaded concurrent applications:

Impact on Safety and Security

Concurrency errors and incorrect multithreaded behavior can be a significant headache for developers to detect, diagnose and repair, and since these types or errors can have a big impact on system behaviour, they pose a large safety and security risk. In extreme cases, true concurrent programming may be prohibited due to safety concerns (which could be dealt with using partitioning described above). However, leveraging true concurrency brings performance benefits that are compelling. In cases where it is used, extra diligence is required.

Static analysis tools provide a unique benefit to testing safety-critical systems because they don't rely on test cases (which may, in turn, be defective) and they root out issues that can elude traditional system testing. Serious concurrency defects in deployed mission critical software, not found before deployment, have been found and fixed using CodeSonar.

Traditional testing often misses concurrency problems, which remain undetected until late in system testing or are missed altogether -- when it's too late, too risky, and too expensive. In safety- and security-critical systems, this is means extensive rework and re-testing, which in a certification environment means significant cost. GrammaTech CodeSonar provides risk reduction and cost savings by detecting these issues early, when the code is being developed, relying on system behavioral analysis rather than extensive test cases.

Could your car be hacked? It certainly can!

"Sorry officer, but I blame a glitch in my cruise control software"