Distributors Embrace IoT and the Maker Market at Embedded World

At Embedded World, many distributor announcements covered expansion in European markets, a new focus on hobbyists and makers, and of course, the IoT. Sally Ward-Foxton reports.

Embedded World, with more than 30,000 visitors over three days, is a prime opportunity for distributors to showcase their technologies, solutions and services. This year was no exception; many announced new franchises, new design tools and even new technology platforms. The theme of the show was the Internet of Things, which was evident from almost every distributor booth, whether it was the connected car, consumer electronics, or industrial machinery. Here’s a round-up of distributors’ news and comments from the show floor.

Mouser have had a busy year. With an average of almost 11,000 orders shipped and 41,000 lines pulled daily, the company’s warehouse in Mansfield, Texas shipped 1.8 billion parts in 2015. All Mouser product is shipped worldwide from this one location. It’s no surprise, then, that the warehouse is currently undergoing an extension. 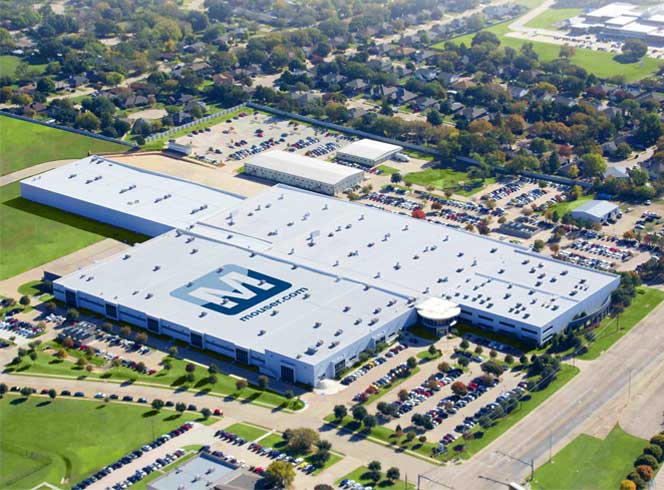 “We are adding 250,000 sq ft, that will allow us to increase our inventory profile from about 650,000 SKUs to almost a million SKUs,” says Graham Maggs, Mouser’s Director of Marketing for EMEA. “At this time, or in the next few years, we do not envisage the need to have a European warehouse, or an Asian warehouse. Are we evaluating that constantly? Yes we are. As and when we feel there is a need, we will of course do so. But at the moment, shipping from one location allows 2-day delivery in most of Europe, 2 days to Asia, and 4 to 5 days for China.”

The new warehouse has over 2.5 miles of conveyor belts. Maggs described how orders can be picked within 15 minutes, then packaged and on the conveyor reading for shipping in an hour or two. In some cases, the orders are artificially delayed to give customers a chance to add to or change orders before they are picked and dispatched. 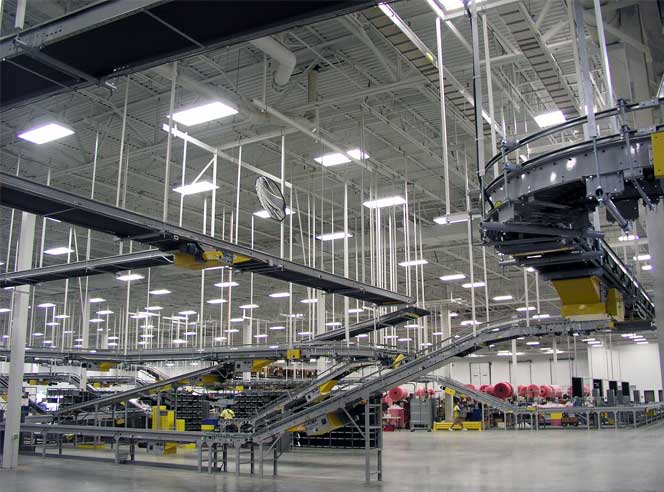 Inside Mouser’s warehouse: there are 2.5 miles of conveyor belt

“Most distributors are less interested in the maker market, because that’s small quantities, and it doesn’t really fit their model, but for us it’s a great thing,” says Mark Burr-Lonnon, Senior VP for EMEA and Asia at Mouser. “If people want to buy ones and twos, really small quantities – for us that is a really big expanding market. We have the lines, we’ve got the boards.”

Burr-Lonnon adds that he expects the maker market to be a key part of the company’s growth in Europe this year.

“Our European business has been great, we grew 27% in Europe last year, so we’re pretty happy with that,” he says. “Will it continue? We hope so. We’re very positive about this year.”

Another big USA distributor focusing on the maker market in 2016 is Digi-Key. Randall Restle, VP of Application Engineering at Digi-Key, explained that the distributor is targeting the maker market by increasing the numbers of board level products, and by providing open access to design tools.

“We stock a tremendous number of boards, so we have a focus on board level products,” Restle says. “It’s in order to attack the broadest range of customers; board level products get not only electronics engineers but everyone from makers, to mechanical engineers and the technically inclined.”

Restle also spoke about how Digi-Key has made several design tool options available for free as part of its offering to makers and small businesses.

“Our website servers have an API,” he says. “We encourage design tool providers to utilise that interface to us so that customers can search for a part in whatever CAD tool they choose – we are EDA tool agnostic!”

Design tool choices that make use of the Digi-Key API include Mentor Graphics, targeted at professional engineers; Quadcept, which comes in several languages (including Mandarin Chinese); PCB Web, a PCB schematic and layout tool; PartSIM, a simulator; SchemeIt, used for block diagrams and circuit diagrams; and Accelerated Designs’ Ultra Librarian, which creates and exports vendor-neutral ECAD data in a customisable format.

Also as part of its strategy for targeting the maker market, Digi-Key has set up several alternative websites aimed at supporting non-professionals with their electronics projects.

“eewiki.net is Digi-Key’s application engineering website, customers can look at it so they don’t have to call us, or if they ask a question, we can answer it for everyone to see,” Restle says. “Also, Maker.io is in Beta, it’s a place where you can go to see how to get products to market, and how to find a platform to base your product on. Customers can put their projects online and ask for help and advice about the business of engineering, the product development part.”

Focusing on Internet of Things

The main technical theme of Embedded World this year was the Internet of Things (IoT), and many distributors focused on their offerings for this rapidly growing market. Specialist distributor Avnet Abacus was no exception.

“The ‘next big things’ are the Internet of Things and Industry 4.0; I’m convinced this will speed up the business dramatically in the coming years,” says Marc Reiterer, Regional Director for Central Europe at Avnet Abacus. “The big hype is on the IoT, and we are very focused on it: sensors, wireless modules, power supplies, connectors and electromechanical.”

Reiterer says that business is good in Europe, with many mid-size industrial applications being built locally again (this trend excludes consumer electronics).

“What we’re seeing is that a lot of production is coming back from Asia to EMEA, not only Germany but Eastern Europe, it’s a very big and a very fast growing market,” he says. “One reason of course is the increase in labour costs [in Asia], the parts are more or less in the same price range everywhere, and so from my point of view, there is no advantage to having production in China.”

“Five years ago every customer decided to go to Asia because it’s cheaper, but then they found out that the reaction time is quite long, the parts are on the sea for 7, 8 or 9 weeks, worst case, and so there are a lot of advantages to production in EMEA,” he adds. “When the design is done in Central Europe and the production is in Eastern Europe, it’s easy to track and easy to support our colleagues in Eastern Europe. We are in one time zone which is very important, it makes our lives easier and also customers’ lives easier.”

Also interested in the IoT was Avnet Memec-Silica, who launched a reference platform called ‘Visible Things’, targeted primarily at adding connectivity to industrial equipment. The platform includes hardware and software to connect smart sensors and embedded devices to the cloud and/or enterprise software applications, via a gateway or low power wireless network. 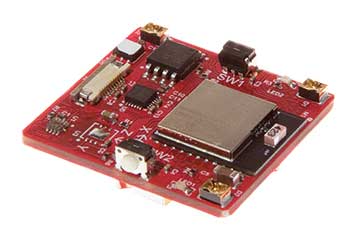 John Jones, Director of Innovation at Avnet Memec-Silica, explained that the platform is an edge to enterprise solution which works out of the box.

“Unlike other supplier-specific solutions which consist of a headline part with the rest of the building blocks left for the customer to optimise, Visible Things was developed based on best-in-class technology regarding function, cost and long term availability,” he says.

German B2C distributor Conrad, having moved into B2B in 2012, had a big presence at Embedded World. The company has been expanding its B2B coverage with strategic acquisitions in various European territories. Rapid Electronics in the UK was one of its more recent targets; Conrad now has 17 European subsidiaries.

“Our aim [for 2016] is to cover more of Europe,” says Melanie Lauer, Conrad’s Director of International Marketing for B2B, adding that the company may be looking to make more acquisitions this year. “Northern Europe is interesting,” she hinted. 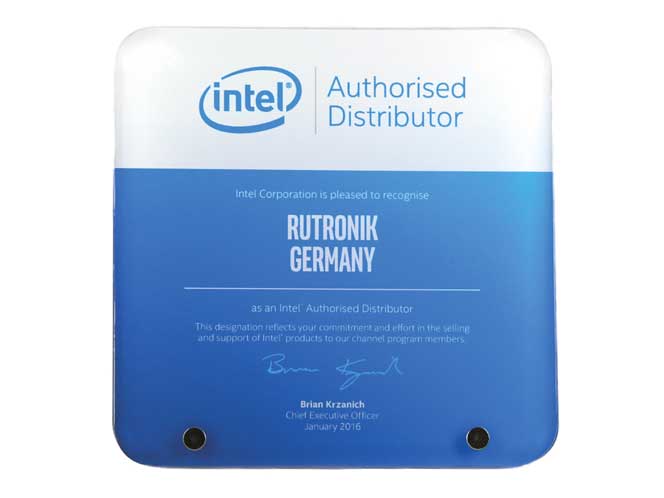 Rutronik are now working with Intel in EMEA

Other big distributor announcements at the show included Rutronik’s brand new franchise with Intel in EMEA, which includes all Intel embedded devices (except for those from Altera, which will continue to be distributed through existing channels). The deal includes Intel Quark, Atom and Core processors, mainboards, solid state drives and software and security solutions. Rutronik will mainly target the industrial IoT with these new parts.

And finally: Farnell element 14 unveiled two IoT starter kits, in partnership with EnOcean and IBM. Both kits use the Raspberry Pi. The Entrepreneur kit includes EnOcean self-powered sensors, a Raspberry Pi and EnOcean Pi boards from element14, and provides access to the IBM Watson IoT Platform and Bluemix services from IBM. The Enterprise kit includes EnOcean OEM self-powered sensors and EnOcean Gateway from element14, as well as access to software and services from IBM including IBM’s Watson IoT Platform and IBM TRIRIGA facilities management software. Both kits are expected to be available from early April.