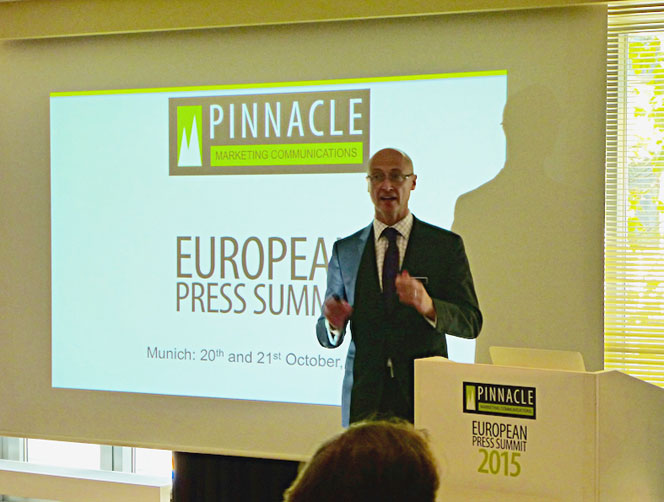 World’s first PLCs based on ARDUINO 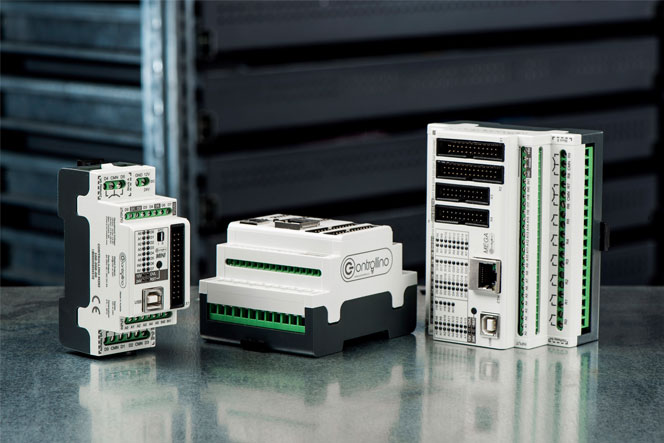 The products are suited to a variety of automation applications, including temperature management, advanced lighting and media control. They join Conrad’s selection of over 1500 PLCs from other manufacturers including SIEMENS, C-Control, WAGO and Phoenix Contact.

The CONTROLLINO range is composed of three models; the Mini, Maxi and Mega, each of which is aimed at meeting different levels of application requirement and complexity.

All models, developed and implemented using the ARDUINO open source platform, are based on the ATmega microcontroller from Atmel and have a clock speed of 16MHz.

Key features include a direct processor contact with 4000V ESD protection across all pins, a range of interfaces including SPI, I2C, RS232, RS485, and an internal real-time clock (RTC) which can be switched on and off. A front-panel USB port supports simplified external programming. 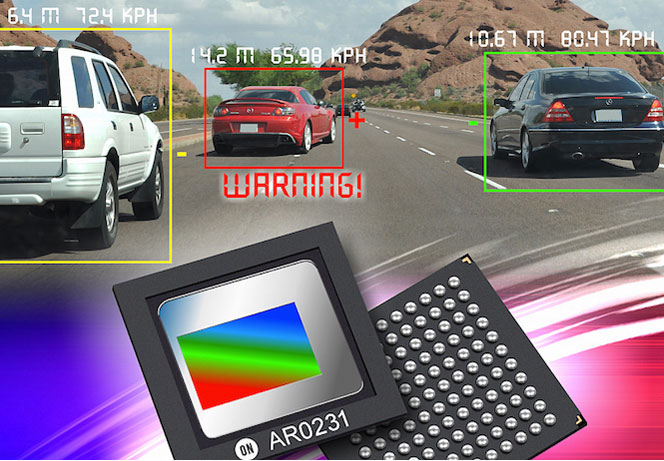 An important aspect of the LFM technology is it eliminates high frequency LED flicker from traffic signs and vehicle LED lighting. It also facilitates traffic sign reading algorithms to operate in various lighting conditions. The AR0231AT has a 6.82mm optical format and a 1928 (horizontal) x 1208 (vertical) active pixel array. It uses a 3.0 micron backside illuminated pixel with ON Semiconductor’s DR-Pix technology which offers dual conversion gain. It captures images in linear, HDR or LFM modes and offers frame-to-frame context switching between modes.

This device offers up to 4-exposure HDR, capturing more than 120 dB dynamic range. The AR0231AT is capable of multi-camera synchronisation.

ON Semiconductor also unveiled a next generation hearing aid development with the introduction of two new products; Ezairo 7150 SL, a wireless-enabled audio processor, and the HPM10, a power management IC (PMIC).

Ezairo 7150 SL uses the company’s DSP technology and brings wireless connectivity to hearing aids and cochlear implants. The module is based on the Ezairo 7100 open-programmable 24bit mixed-signal DSP platform. This System in Package (SiP) solution provides wireless multi-protocol operation and is optimised for 2.4GHz band applications, including Bluetooth Low-Energy.

HPM10 provides a solution for rechargeable batteries in hearing aids and hearing implant devices. It generates the voltage needed by the hearing aid and it also manages the charging algorithms such that the battery autonomy and the number of charging cycles are optimised.

Creators of the Qt cross-platform development framework, the Qt Company and its partners KDAB and Pelagicore have developed the Qt Automotive Suite.

The system is built on the Qt toolkit which encompasses libraries, tools, hardware adaptation and ready-made components.

The system will be available under a dual-license scheme, both open source and commercial versions.

General Manager Armin Derpmanns detailed a 2Mpixel CMOS image sensor aimed at ADAS (automotive driver assistance systems), which rely on cameras to assess potential dangers in the road ahead. The CSA02M00PB features very high dynamic range (120dB at 1080p/45fps), which is the key to getting good quality pictures in a range of different lighting situations. The chip also has an LED flicker mitigation scheme, which relies on the device’s quad-pixel structure; one of the four sub-pixels has a sixteenth of the light sensitivity of the other three, enabling images which combine multiple exposures (exposure time of around 11ms is required to properly ‘see’ LED road signs). 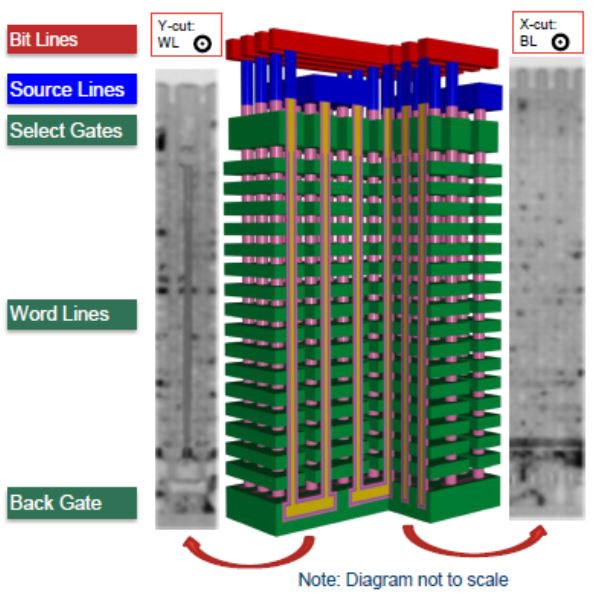 Derpmanns also spoke about Toshiba’s ApPLite series, including the TZ1000 and TZ2000 ASSPs for wearable devices. The company has developed a Solution Development Platform for the ApPLite range which includes hardware and software development kits, plus a development environment . Several reference module designs are also available as part of the platform, including watches, sports/activity monitors and environment sensors. Derpmanns hinted that an ultra-low power version of the ApPLite series was planned for 2016. 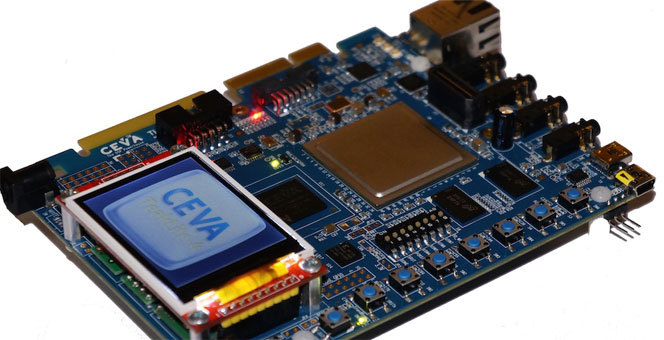 The first Milbeaut image processor integrating the CEVA DSP is the MB86S27 which was announced in Munich and will shortly be in volume production.

CEVA says that by off loading performance-intensive tasks from the CPUs and GPUs, the DSP cuts the power consumption of the overall system.

The company also introduced a new silicon-based DSP development platform to accelerate the deployment of ‘smart and connected’ devices. The platform incorporates a processing, connectivity, sensing and application software which are key building blocks for prototyping IoT devices.

The platform is built around a power-optimised CEVA-TeakLite-4 DSP and subsystem implemented in silicon through a collaboration with SMIC who fabricated it at its IoT-centric 55nmLP process. Running at 500MHz, the DSP provides designers with a powerful means to add ‘smart and connected’ capabilities to these devices, including always-on sensing, local processing and intelligence and connectivity.

This new 15in diagonal pressScreen is supplied on a compact stainless steel mounting frame with an I2C interfaced driver board.

Developed for industrial applications, TouchNetix pressScreen now enables mouse-type functionality with the use of a single finger on the touchscreen. Using newly developed capacitive measurement technology and a new sensor structure and geometry to detect very small front lens displacements, this interface allows entirely new use cases to be developed and improves touchscreen operability by overcoming the remaining limitations of capacitive touch, claims the company.

Recently introduced ‘force touch’ and ‘3D touch’ technology in mobile handsets has captured the interest of end users. Although the primary purpose of employing force sensing in consumer and industrial products are currently quite different, the expectations of all end users are continuing to evolve and will merge over time.

Will the Rush to Driverless Cars Damage the Technology Irreparably?

Could robots make a better Brexit decision than our MP's?