According to industry analysts IHS the power semiconductor sector has not had a terrific time in recent years with less than impressive market growth in 2013. Admittedly this was followed by a stronger performance in 2014 and if my discussion with exhibiting companies at the power semiconductor show PCIM in Nuremberg were anything to go by then 2015 could see further increases in growth.

One very fundamental but nonetheless tried and tested measure of potential industry sector buoyancy is the number of new products launched at events like PCIM. There were a reasonable number at this year's show and here's my Top Five selection. 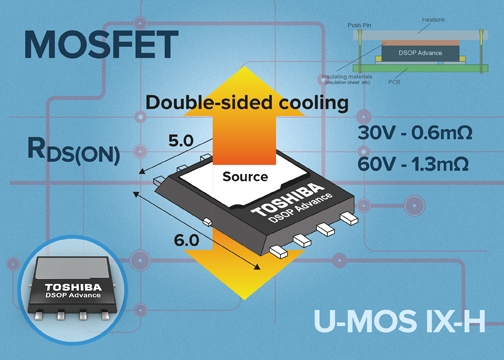 Toshiba Electronics Europe expanded its family of ultra-high-efficiency, low-voltage MOSFETs by adding new 30V and 60V devices to the company's existing 40V offering. All of the devices will be available in thermally efficient DSOP Advance package options that the company says significantly improves heat dissipation through dual-sided cooling.

Comprising one 30V device and one 60V device, the new N-channel MOSFETs are based on Toshiba's next-generation U-MOS IX-H trench semiconductor process. 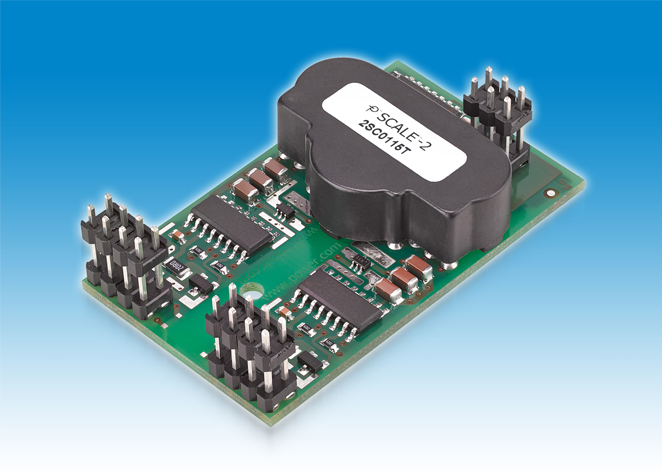 Power Integrations unveiled its 2SC0115T2A0-12 dual-channel gate-driver core for 90 to 500kW inverters and converters. Using SCALE-2+ integrated circuit and isolated transformer technology for DC/DC power and switching signal transmission, the new driver core is claimed by the company to improve system reliability and performance by eliminating the need for an opto-coupler.

The driver core's reinforced electrical isolation targets systems with a working voltage of 900V, which is typical for 1200V IGBT modules and complies with the PD2 and OV II requirements of IEC 60664-1 and IEC 61800-5-1. The 2SC0115TA0-12 gate-driver core supports modules up to 2400A and switching frequencies of up to 50kHz.

The driver core's reinforced electrical isolation targets systems with a working voltage of 900V, which is typical for 1200V IGBT modules and complies with the PD2 and OV II requirements of IEC 60664-1 and IEC 61800-5-1.

The core supports modules up to 2400A and switching frequencies of up to 50kHz and includes Soft Shut Down protection for applications with low stray-inductance. For more demanding environments it supports full Advanced Active Clamping to control the IGBT voltage overshoot during turn-off.

Cutting down those turn-off losses 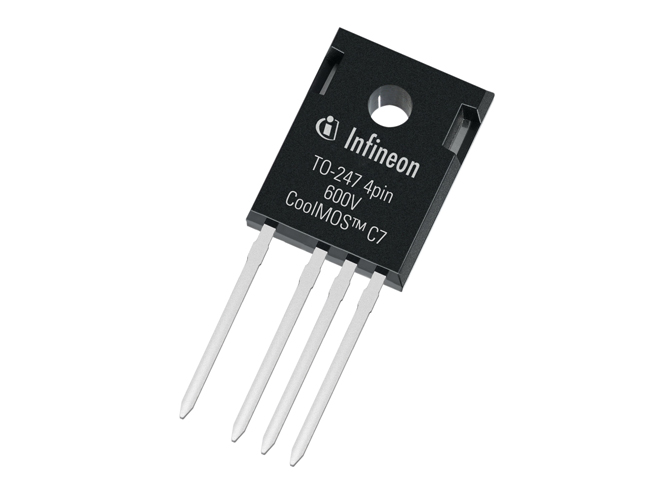 Infineon Technologies launched a new family of CoolMOS C7 series superjunction (SJ) MOSFETs. The 600V series provides a 50% reduction in turn-off losses compared to the CoolMOS CP and, claims the company, offers GaN-like level of performance in PFC, TTF and other hard-switching topologies. The CoolMOS C7 delivers an area-specific on resistance (RDS(on)*A) of 1Ω/mm 2.

Efficiency and TCO driven applications such as hyperscale data centres and telecom base stations benefit from the switching loss reduction offered by the CoolMOS C7. Efficiency gains of 0.3 to 0.7% in PFC and 0.1% in LLC topologies can be achieved. In the case of a 2.5kW server PSU, for example, using C7 600V MOSFETs can result in energy cost reductions of around 10% for PSU energy loss.

Polaritons Could Save OLED Televisions from Early Death

Thinking like a human is something AI will never learn