Power-supply designers face many challenges throughout designing and developing a product. If you are a younger power engineer, it's important to seek out opportunities that enable you to learn the fundamentals of power conversion quickly. However, no matter how much experience you may have, there is always more to learn – new semiconductor materials, new topologies, and even lesser-known tips and tricks.

Thankfully, there are many magnificent resources available for online training. So, in this article, I will explore a few challenges facing modern power electronics engineers that all have one thing in common: they are all topics in the Texas Instruments (TI) 2022 Power Supply Design Seminar (PSDS).

The consequences of a bad layout

Designing the printed circuit board (PCB) layout of a power supply is very different from the PCB layout of other applications. Trace width, length and placement become extremely important given the high currents switching at frequencies in the hundreds of kilohertz up to a few megahertz.

Figures 1 and 2 show how just a few nanohenries of parasitic inductance can create noise or destructive voltage spikes on the switching node inside a power supply and can even lead to excess ripple on the output voltage. In this case, the parasitic inductance was caused simply by the placement of the input capacitors a few millimetres away from the switching field-effect transistors inside the converter. 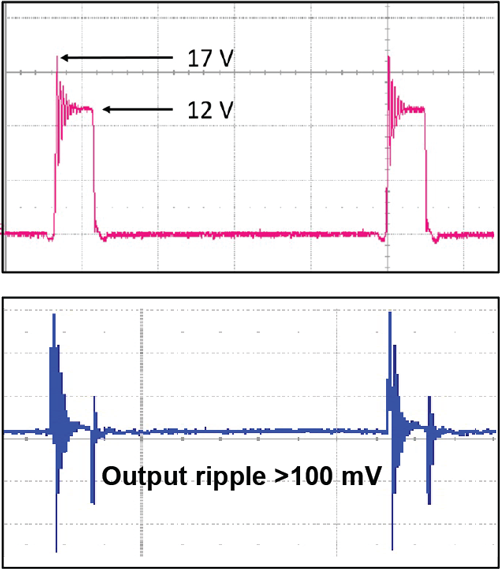 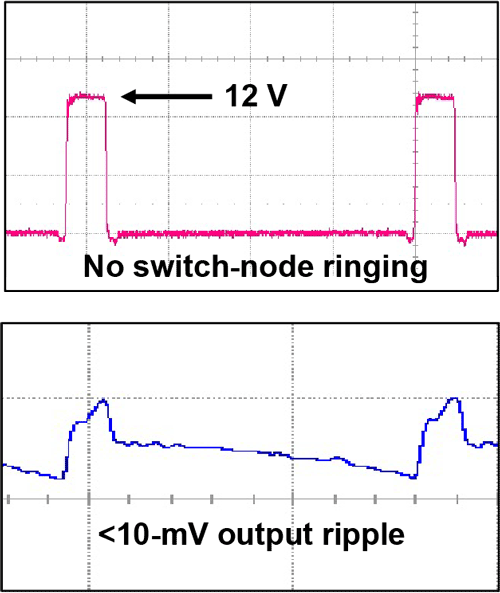 A bad layout can also affect many other aspects of a power supply, including thermal performance, electromagnetic interference (EMI), noise, regulation and safety. You can avoid most layout mistakes by examining some of the most typical ones and understanding how to fix them, covered in the PSDS topic, "Common Mistakes in Power-Supply Layouts and How to Avoid Them."

Some applications, such as test and measurement, are so noise-sensitive that even a perfect layout may not be enough to keep the output noise and ripple below acceptable limits, which sometimes must be as low as a few millivolts. The easy solution is adding an LDO linear regulator to the switching power supply's output, which is very inefficient, consumes valuable PCB space and adds cost. An easy way to make a big reduction in noise is to select output capacitors with low series inductance.

Figure 3 shows how a feedthrough capacitor – instead of a standard two-terminal ceramic capacitor – can reduce switching noise from hundreds of millivolts to less than 10mV. 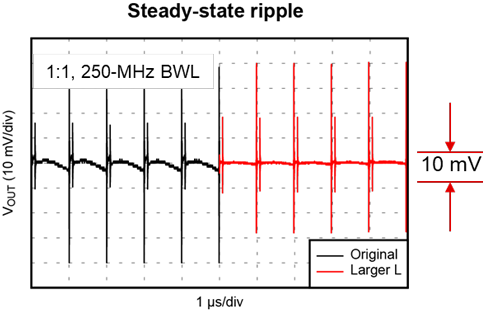 Another technique for reducing noise and ripple is adding a second-stage filter using a ferrite bead, but keeping the feedback loop can be challenging with a two-stage filter. These are two examples among many techniques discussed in the PSDS topic, "Low-Noise and Low-Ripple Techniques for a High-Efficiency, Low-Loss Supply Without an LDO."

Ask any power engineer about EMI, and you will likely trigger an innate sense of panic. Troubleshooting EMI issues can be one of the most difficult tasks during a development cycle. There are so many possible sources of EMI that finding the exact cause of your specific problem can consume a lot of time.

To minimize your chances of encountering EMI issues, it's best to start with a power-supply controller or converter that has features built-in to help mitigate EMI. For example, DC/DC converter integrated circuits are now available that integrate input decoupling capacitors inside the package, as shown in Figure 4. This integration significantly reduces high-frequency switch-node ringing, which is often a source of EMI issues. 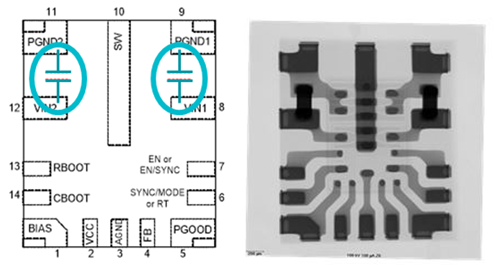 Figure 5 shows how integrating these capacitors can result in an 8-dBµV reduction in conducted EMI versus the same device without the capacitors. The device with the integrated capacitors is still 2-dBµV better when adding a ferrite bead to the input of the device without integrated capacitors. Modern power-supply controllers integrate many other EMI mitigation technologies, including active EMI filters and spread-spectrum modulation of the switching frequency, all detailed in the PSDS topic, "Advanced Power-Converter Features for Reducing EMI." 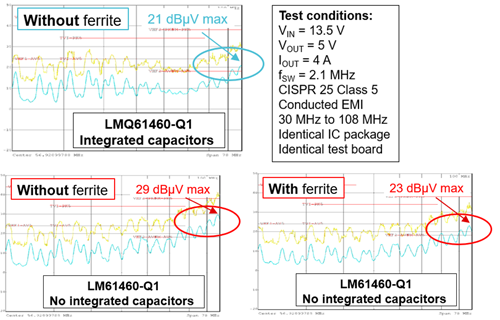 Harnessing the power of GaN

Every so often, a new technology comes along that promises to disrupt and transform an industry. Wide band-gap devices using gallium nitride (GaN) and silicon carbide (SiC) have begun to fulfil that promise for the power-supply industry, particularly in high-voltage and high-power applications. GaN power switches can switch at much higher frequencies than silicon devices, given their much better figure of merit, which basically means that GaN devices have much lower capacitance than silicon for a given on-resistance. Because of the low capacitance, power supplies using GaN can run at much higher frequencies and maintain excellent efficiency. A higher switching frequency enables designers to select physically smaller energy-storage components such as inductors and capacitors, resulting in a much smaller power supply and ultimately higher power density.

The graph in Figure 6 shows how increasing the frequency in a resonant converter from 100 kHz to 500 kHz can result in an approximate 65% reduction in transformer volume. Given that designers need to consider many other things when optimizing a power-supply design with GaN, including topology selection, gate drive and layout, the 2022 PSDS includes the topic, "Optimizing GaN-Based High-Voltage, High-Power Designs." 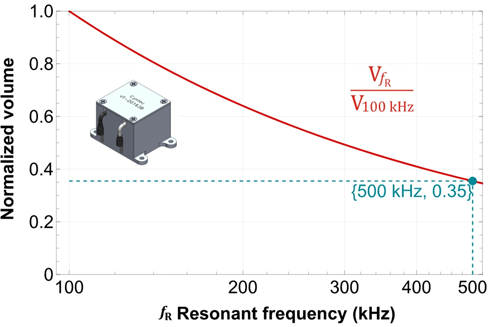 The PSDS started in 1977, making it perhaps the longest-running seminar series in the power-supply industry. That's over 44 years of power-supply advice and training content, much of which is available online. Whether you are new to the power-supply industry or have been designing power supplies for decades, take advantage of resources like this to learn new concepts or brush up on the basics. Doing so will ultimately help you overcome obstacles in future projects. 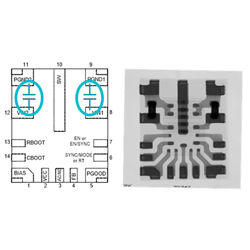 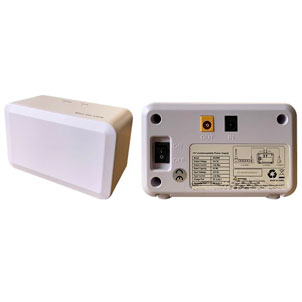 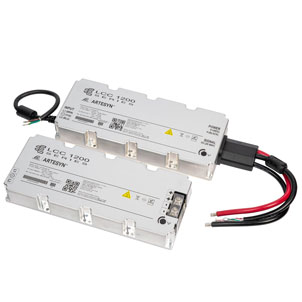 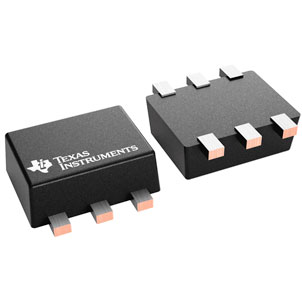