NeoPhotonics Corporation has demonstrated that its 400ZR+ QSFP-DD coherent pluggable transceiver can efficiently transmit at a 400Gbps data rate over a distance of 800km in a 75GHz-spaced DWDM system with over 3.5dB of OSNR margin in the optical signal. This module is based on the company's high-performance coherent optics and its ultra-pure colour tunable laser and reaches 800km while remaining within the power consumption envelop of the QSFP-DD module’s power specification. The company believes these modules will obtain wide application in the cloud-based Metro 5G networks and will increase use cases for IP over DWDM into metro-core and regional networks.

An 800km transmission demonstration was carried out on its Transmission System Testbed and used 75GHz spaced channels. The QSFP-DD uses the company's Silicon Photonics-based Coherent Optical Subassembly (COSA) and its ultra-narrow linewidth Nano-ITLA tunable laser. The longer reach was facilitated by the excellent performance of these optical components along with a commercial DSP employing proprietary FEC. The COSA displays low insertion loss and low impairments, making efficient usage of the optical signal. The tunable laser displays ultra-low phase noise and low power consumption. Furthermore, these components allow the transceiver module to work at a case temperature of up to 80C, which is ten degrees higher than traditional telecom modules, thereby decreasing airflow demands resulting in lower fan speeds and lower power for cooling in data centres.

“We are excited to extend the operation of our QSFP-DD Coherent transceiver into metro and regional applications in this 400ZR+ configuration,” said Tim Jenks, Chairman and CEO of NeoPhotonics. “Advances in our ultra-pure light tunable laser, our silicon photonics integrated COSA and electronic DSPs have inexorably decreased the size, power and cost of coherent transmission such that a coherent transceiver capable of up to long haul distances can fit in the same form factor as a current generation high-density client-side pluggable module, such as a QSFP-DD. This has been a sea change for Data Center Interconnect networks, and we believe it will also bring fundamental changes to metro and regional networks,” concluded Mr Jenks. 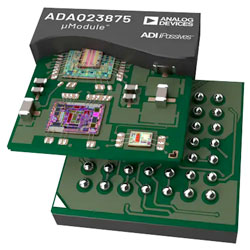 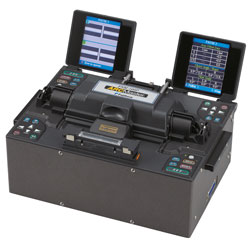 New series of cleavers and upgrades for splicer range 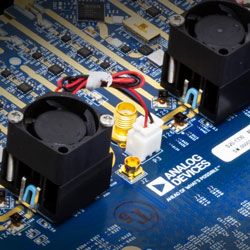 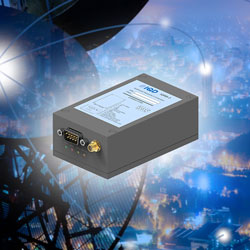