Saelig Company has introduced the Sensepeek PCBite System – a professional and cost-effective PCB testing apparatus with a system of repositionable fine-point spring-loaded probes, a large (8.3" x 11.7") metal baseplate, and four magnetic-base PCB holders for clamping circuit boards in a solid, fixed position. The probes are connected to a flexible, stable gooseneck arm that has a strong magnetic base, and the probe's gold-plated needle tips are replaceable. A simple electrical connection is applied to the probe tip via a standard pair of built-in 0.1"-separated posts, allowing two instruments, such as an oscilloscope and multimeter, to be attached to the test point simultaneously. The metal base-plate also has a mirror finish, which assists users to observe the underside of the board being operated on.

Probing is far easier with PCBite, a notably stable, hands-free probe system for accurate PCB investigation. The device's probe has a 'press and forget' function which secures the probe in a secure-contact position. To support the measuring contact, the user gently compresses the spring-loaded probe tip upon the test point to be tested, making the tip to be in spring-loaded contact. The weight of the head assures that the compressible needle sustains constant pressure contact at the probing point. Spring-loading the pin tip assures that electrical contact is not lost even during moderate vibrations or if the base with captured board is moved around. The rigidity of the probe's flexible metallic arm is adequate to secure it in place for making repeatable, reliable measurements.

The device is an ideal tool for handling circuit boards through design or repair activities such as inspection, soldering, or test. The neodymium magnet holders offer insulating washers at the gripping point to safely trap a PCB even when powered up without shorting tracks. These PCB holders can be easily moved to suit circuit boards of different shapes and sizes. 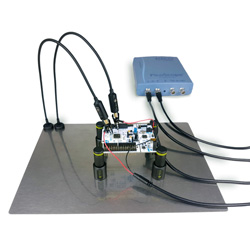 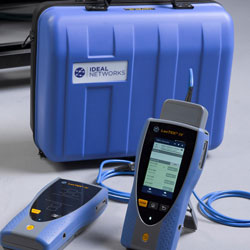 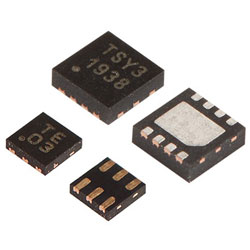 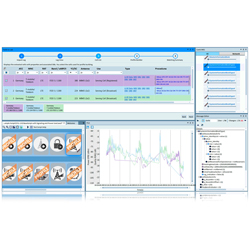