AVX Corporation has extended its new series of pin jumpers for board-to-board (BTB) and module-to-module connections in solid-state lighting (SSL) and other low-pin-count industrial applications with a new two-position pin jumper. When used in conjunction with the new 2.5mm 70-9296 Series STRIPT horizontal, poke-home contact without a wire stop. The new one and two-position 10-9296 Series BTB pin jumpers are permitted to pass straight through the contacts, completely unrestricted until the final, user-defined mating dimension is performed. Unlike regular BTB pin jumpers, the new BTB pin jumper contact combination absorbs the maximum amount of component and assembly tolerances during the mating process, effectively removing the PCB and housing tolerance stack-up issues familiar to traditional connector systems in linear and coplanar applications.

The new jumpers are rated for 9A, 300VAC based on contact spacing, three-cycle durability, and operating temperatures spanning -40C to +105C, and are currently available in one and two-position versions in two different pin lengths.

"We tooled our one-position 10-9296 Series pin jumper for a customer and then released it to market in April to provide engineers working on SSL and other low-pin-count industrial applications with user-friendly solutions for achieving variable final mating positions for maximum tolerance absorption, especially when combined with our new no-wire-stop 2.5mm 70-9296 Series STRIPT poke-home contacts," said Tom Anderson, connector product manager at AVX.

"We tooled the new two-position 10-9296 Series pin jumper as a standalone product to help resolve customer frustrations regarding the unstable delivery schedule of similar products from competitors. However, AVX didn't just duplicate the current products on the market. We re-engineered our product to make it cleaner than competitors' offerings, which are often built as a larger version and then broken or cut to length, leaves burrs or vestiges behind. All of the customers who have sampled our new two-position BTB pin jumper have commented on the sleekness and cleanliness of our product." 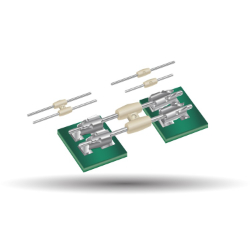 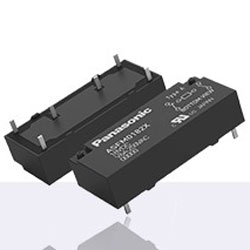 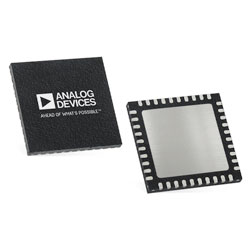 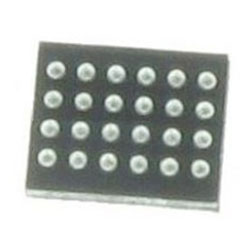