Designed to minimize radio-frequency (RF) exposure by selectively reducing radio-frequency power in mobile phones and tablets, Semtech has announced the SX9306, a new addition to its SX9300 family of proximity sensors.

Specific absorption rate is the measure of the amount of RF power that is radiated into the human body when in a close proximity to a mobile device.

The on-chip smart engine can detect the permittivity of different surfaces, giving it the ability to accurately discriminate between inanimate objects or human body.

Smart phone manufacturers use this capability to program their devices to reduce RF emission power when a device is near a human body part. With higher RF-power devices and more extensive device usage, the SX9306 allows these manufacturers to proactively reduce SAR without affecting RF strength during normal usage.

The SX9306 is part of Semtech's SX9300 smart proximity sensing platform. The part has four high-resolution capacitive sensor inputs with sensing resolution of 0.08 femto-farad (fF). Each sensor also features a capacitance-offset compensation of up to 30 picofarads (pF). With its integrated RF shield, the device provides very robust noise immunity and eliminates false triggers that commonly occur in these applications, says the company.

"The pervasiveness of smart devices and their usage has triggered an incredible revolution in the habit of human population world-wide. All manufacturers are looking at ways to reduce SAR without impacting the consumer's experience, which makes proximity sensors an ideal alternative," said David Wong, product line director, Consumer Sensing Product Groups, Semtech. "The SX9306 is our new flagship SAR proximity sensor because it offers the resolution and power draw required to seamlessly control RF performance without the user being disconnected or experiencing a weak signal." 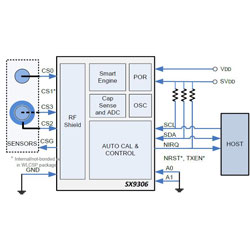 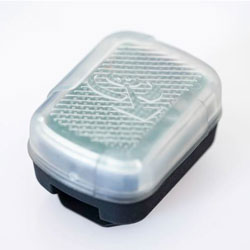 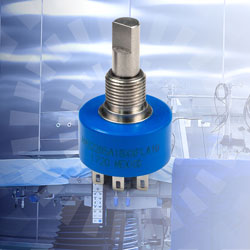 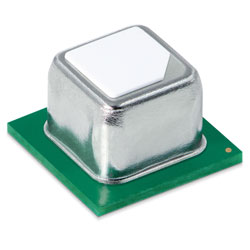