Announced as the world's first - a new thermocouple-conditioning integrated
circuit which combines precision instrumentation, a precision temperature
sensor and a precision, high-resolution analogue-to-digital Converter (ADC),
in addition to a maths engine pre-programmed with the firmware to support a
broad range of standard thermocouple types: K, J, T, N, S, E, B and R - the
MCP9600 has been unveiled by Microchip.

Thermocouples are one of the most ubiquitous temperature-measurement
devices, due to their robustness and accuracy in harsh, high-temperature
environments, and their ability to measure temperature over an extremely
wide range. The MCP9600 simplifies thermocouple designs by integrating a
number of discrete devices into one chip, which also lowers board area, cost
and power consumption.

Thermocouples are widely used to measure temperature by the designers of
industrial, consumer, automotive / aerospace and petrochemical applications,
among others. The MCP9600 provides them with the world's first plug-and-play
solution for creating thermocouple-based designs, because it eliminates the
design expertise required for a discrete implementation, such as firmware
development using an MCU's maths engine. Designers no longer have to create
precision instrumentation circuitry to accurately measure a thermocouple's
microvolt-level signals, nor do they have to design ADC circuitry for
precise temperature calculations. With the MCP9600's integrated
cold-junction compensation, calculating the "Hot" junction temperature of a
thermocouple does not necessitate thermal design expertise to precisely
measure the reference temperature of the thermocouple's 'Cold' junction.

Other features of the MCP9600 include a temperature-data digital filter,
which minimises the effects of temperature fluctuations, system noise and
electromagnetic interference. Its shutdown modes reduce overall system power
consumption, while its four user-programmable temperature-alert outputs
reduce the system microcontroller's overhead and code space, while further
simplifying designs. Finally, the MCP9600 comes in a 5mm x 5mm, 20-lead mQFN
package, which further reduces board area and manufacturing cost. The
company has also introduced the MCP9600 Thermocouple IC Evaluation Board. 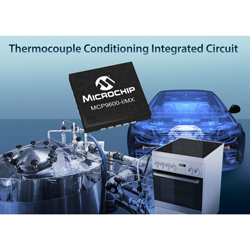 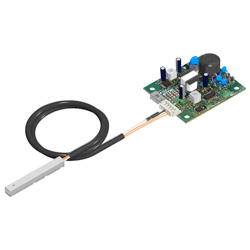 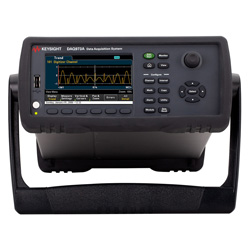 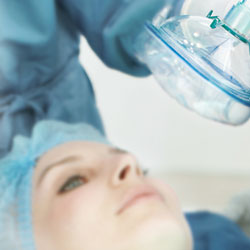 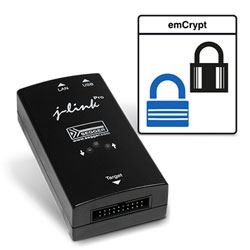