Microchip has announced the expansion of the development platform for its
growing portfolio of innovative 8-bit PIC microcontrollers (MCUs) with Core-Independent Peripherals (CIPs).
Designers can combine these building blocks to perform application functions
autonomously, and they can be interconnected with an increasing amount of
integrated intelligent analogue peripherals. Because these functions are
deterministically and reliably performed in hardware instead of software,
CIPs enable system performance that is far beyond traditional MCUs. They
also enable customers to react quickly to changing market conditions with
minimal code rewrites and very short validation cycles

In order to further reduce development time with these next-generation MCUs,
Microchip is releasing Version 3.0 of the MPLAB Code Configurator (MCC), the
most recent version of Microchip's free graphical programming environment,
and adding three new development boards. The Curiosity Development Board is
an entry-level, cost-effective tool that includes an integrated programmer
and debugger in addition to options for easy external connectivity. The
Explorer 8 Development Kit is a rapid proof-of-concept tool with extensive
integration and support for the widest variety of 8-bit PIC MCUs. The PICDEM
Lab II Development Board is a comprehensive development and experimentation
tool, with an analogue and mixed-signal focus. This development platform,
when combined with the Core-Independent Peripherals, can significantly
reduce total design time.

All four of these tools are designed to fit within Microchip's longstanding
and free MPLAB X Integrated Development Environment, and can be easily
augmented via Microchip's rich ecosystem, including development partners
such as MikroElektronika and Digilent. This platform enables designers to
rapidly and intuitively bridge the evolved 8-bit PIC MCU peripheral
architecture with their application software, making it even easier to build
functions and applications.

Curiosity is a cost-effective, fully integrated 8-bit development platform
targeted at first-time users, makers and anyone seeking a feature-rich rapid
prototyping board. It supports 8-bit PIC MCUs in 8-, 14- or 20-pin PDIP
packages, and the board's layout and external connections offer full access
to each MCU's Core-Independent Peripherals. External connectors include a
mikroBUS header that supports more than 100 of MikroElektronika's Click
add-on boards, as well as a PCB footprint that enables users to easily add
Microchip's RN4020 Bluetooth LE module for communication.

PICDEM Lab II is a development and teaching tool that gives users a large
prototyping breadboard that enables them to easily experiment with different
values and configurations of external analogue signal conditioning and drive
components for system optimisation. This flexibility eliminates the hassle
and expense of building a custom PCB in the early stages of a project. The
board is also modular, allowing users to design a system with one or several
PIC MCUs, simultaneously. Off-chip connections can be made in any manner the
user sees fit, and the off-board expansion possibilities include several
industry-standard interfaces in addition to a system of configurable
connectors. Connections include two MikroElektronika Click board sockets, a
16-pin LCD module connector, and a 20-pin custom header for custom add-on
boards. Microchip provides several labs to assist users in getting started
quickly, ranging from simple MCU configuration to power conversion and Class
D audio. 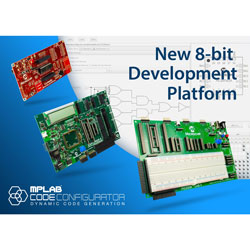 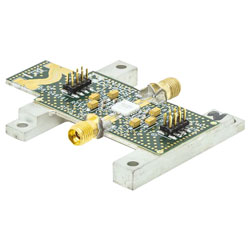 Evaluation board for RF signal generator and network analyser applications 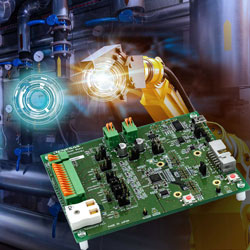 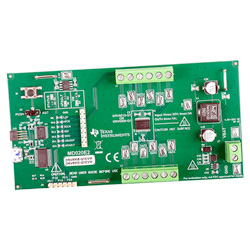 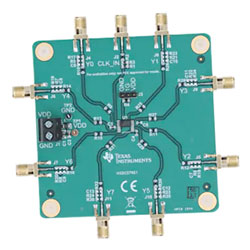