Mouser is now stocking the newest additions to the Epcos CeraLink capacitor
series. Aimed at high-frequency applications, the CeraLink SP and LP
capacitors are novel in that as the voltage across the capacitor increases,
the capacitance of the device increases. They also display very low series
resistance (ESR) and very low series inductance (ESL), allowing them to
switch extremely fast.

The capacitors feature patented antiferroelectric technology, which allows
the capacitors to exhibit an increase in capacitance as voltage increases.
The CeraLink is based on the ceramic material lead lanthanum zirconate
titanate (PLZT). In contrast to conventional ceramic capacitors, CeraLink
has its maximum capacitance at the application voltage, which increases
proportionately to the share of the ripple voltage. Other advantages include
high insulation resistance and very low parasitic effects. Moreover,
uncontrolled thermal runaway is not an issue with CeraLink. This makes
CeraLink technology ideal for embedding in IGBT modules to act as snubber
capacitors. The capacitors are very compact and may be placed very close to
the semiconductor with negligible ESL.

The CeraLink LP series is RoHS compliant and features copper inner
electrodes and silver outer electrodes with a silver coated copper lead
frame with an epoxy resin adhesive. These capacitors target industrial power
converters as well as DC to AC inverter applications. The CeraLink SP
(Solder Pin) Series are similar to the CeraLink LP series except in a leaded
package for through-hole applications. The devices feature silver-coated
copper pins and are packaged in a 33mm x 22.86mm plastic housing, says the
company. 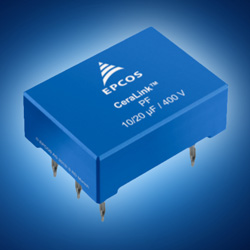 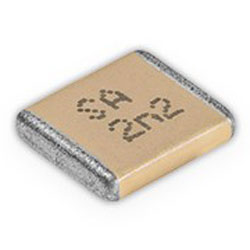 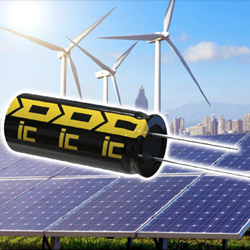 Capacitor extends low-ESR series expanded up to over 600F 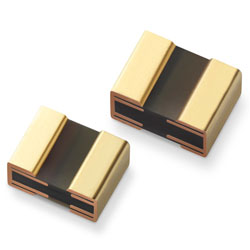 Smallest PPTCs reduce the size of mobile and wearable devices 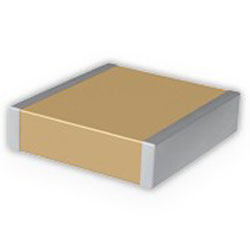