Your heart beats around 100,00 times a day, and that function is controlled by an electrical system that not only causes the contraction of heart chambers but also coordinates them to work correctly in conjunction with each other.

When this electrical system develops problems, and heartbeat synchronisation is compromised, the result can be conditions like atrial fibrillation and tachycardia, and the diagnosis and treatment of such heart defects has been the subject of much research for years.

Now a research breakthrough involving diamond quantum sensors means very high-definition images of these cardiac electrical circuits can be created, and these could prove instrumental in the advanced analysis of the causes and possible rectification of cardiac arrhythmias. 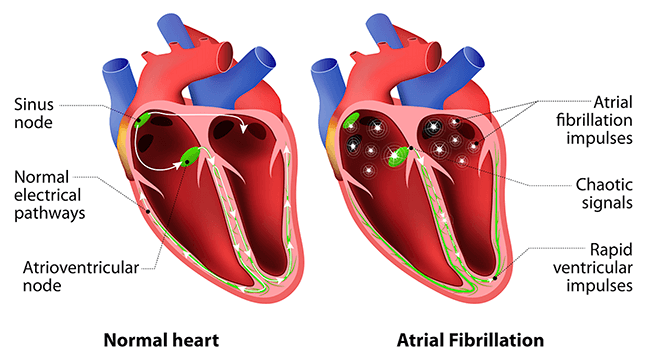 Heartbeats are created via an electrical stimulus that is generated by the heart’s sinus node, which is a collection of tissues in the right upper chamber of the heart called the atria.

This node generates an electrical stimulus at around 60 to 100 times/minute, and the atria are then activated. The electrical stimulus travels down through the conduction pathways and causes the heart’s ventricles to contract and pump blood. The two upper atria chambers of the heart are stimulated first and contract for a short period of time before the two lower chambers of the heart, the ventricles, are activated. Hence the need for accurate electrical signal coordination.

So defective electrical current propagation is the cause of many cardiac diseases. Now, following the development of a magnetocardiography technique by researchers involved in the MEXT Q-LEAP Flagship project that have been working with researchers from the Tokyo Institute of Technology and the University of Tokyo, it is now possible to image these currents at millimetre-scale resolutions.

Based on a diamond quantum sensor that senses the heart’s magnetic fields, the system offers high resolution at normal room temperatures. This ability to operate at ambient temperatures is a significant advantage to previous projects that needed stringent temperature control.

At the core of this breakthrough is the fact that atomic particles are delicate and cannot hold a quantum condition for long unless such a condition is maintained within extremely cold temperatures, and this makes it difficult to measure their reactions.

This is where diamonds, including synthetic ones, come in. Because it is such a hard substance, the rigidity of its crystals can protect quantum states for milliseconds at room temperature, providing sufficient time to measure their reactions.

Interestingly, a diamond defect makes it possible for the diamond to measure the strength of a magnetic field. This technique is called optically-detected magnetic resonance.

It becomes possible when the defect in the diamond structure occurs because a carbon atom in the crystal is replaced by a nitrogen atom, and the adjacent carbon is missing. This defect is known as a nitrogen-vacancy (NV) centre and has its own quantum spin, which can be considered a rotating magnet. 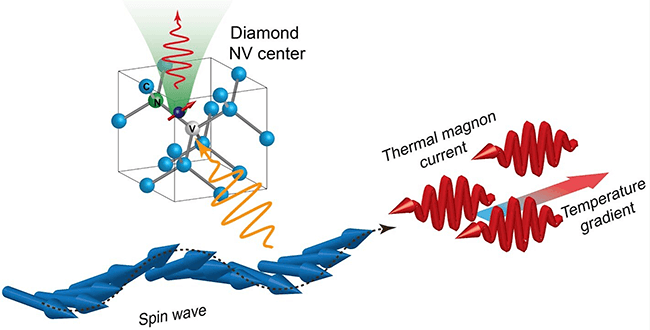 The spin can be altered by electromagnetic radiation or a magnetic field — a property that enables diamonds with NV centres to be used as sensors. The NV centre is also photoluminescent, which means that when it’s lit with green light, it will emit a red glow. Because the spin state of the NV centre determines how strongly the diamond fluoresces, scientists can use changes in brightness to monitor changes in the centre’s spin state due to microwaves or a magnetic field.

So magnetocardiography (MCG) is a promising alternative to indirectly measuring heart currents. The technique involves sensing minuscule changes in a magnetic field adjacent to the heart caused by cardiac electrical currents, and this can be done without having to have contact with the heart being diagnosed.

It is also a fact that different types of quantum diamond sensors are suitable for this work, but, until now, their spatial resolution was limited to centimetre scales which is not fine enough to detect cardiac currents that propagate at millimetre scales.

This is where the aforementioned study in Japan scores. Their approach is based on a diamond quantum sensor comprising nitrogen vacancies, which act as special magnetic centres sensitive to the weak magnetic fields produced by heart currents.

The research teams had to answer the question: How can these centres’ state be examined to glean adequate information about the cardiac electrical currents? The answer is that the diamond sensor is fluorescent; it efficiently absorbs light at variable frequencies and then re-emits them at different frequencies. Most importantly, the intensity of the light re-emitted at the nitrogen vacancies changes depending on the intensity and direction of the external magnetic field.

The researchers used a 532nm green laser to activate the diamond sensor and a photodiode to capture the re-emitted photon light particles. They also developed mathematical models to accurately map these captured photons with the corresponding magnetic fields and, in turn, with the cardiac currents responsible for them.

Thanks to a spatial resolution of 5.1mm, the system could create detailed two-dimensional maps of the cardiac currents measured in the hearts of laboratory rats. Additionally, as mentioned previously, the diamond sensor could operate at room temperature, unlike other established sensors requiring cryogenic temperatures.

This enabled the researchers to position their sensor close to the heart tissue, amplifying the measured signals. “The advantages of our contactless sensor combined with our current models will allow for more precise observations of cardiac imperfections using small mammalian model animals,” explained Professor Takayuki Iwasaki of the Tokyo Institute of Technology.

Overall, the setup developed in this study appears to be a promising tool for understanding many heart problems and other bodily processes involving electric currents.

In summary, Professor Iwasaki believes that this technique will enable the study of the origin and progression of various cardiac arrhythmias as well as other biological electrically-activated phenomena.