Smart motorways kill people but is the technology to blame?

In the past six years, over 40 people have died on UK smart motorways where there is no hard shoulder because the hard shoulder has been converted to carry live traffic. According to figures from Highways England, the state-owned company that operates England’s motorways.

Predictably enough, some will blame the failure of the smart motorway technology and software for these fatalities but are they right? Is the DYNAC mission-critical, fully-integrated software the culprit?

Before looking at that, let us look at some of the other flawed aspects of so-called smart motorways that can make them dangerous. Firstly are they a cheapskate way of improving motorways so increased traffic volumes can be handled? The answer to that is a resounding yes.

Simply put, people break down in the “smart” motorway slow lane (originally a hard shoulder). The motorway controls do not provide adequately displayed and advanced information to drivers that such a breakdown has happened vehicles smash into the broken-down vehicle and its occupants.

So is it the software technology that’s failing?

Not necessarily. A national newspaper reporter spent six weeks undercover at a Highways England control station operating the cameras. During this period, many malfunctions were discovered, including the shameful revelation that more than one in 10 of the CCTV cameras monitoring the motorway were either broken or pointed in the wrong direction. 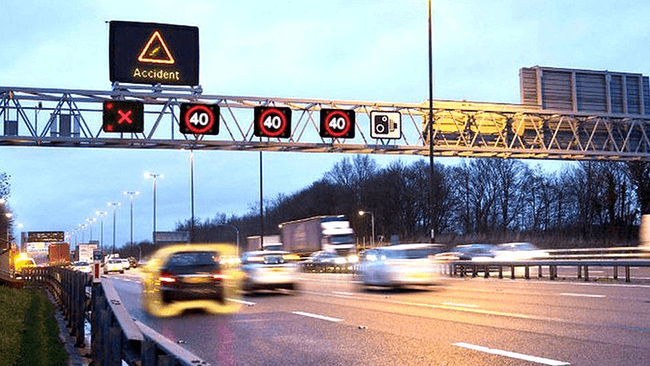 SCADA architecture uses programmable logic controllers (PLCs) or remote terminal units (RTUs). PLCs and RTUs are microcomputers that communicate with various objects and then route the information from those objects to computers with SCADA software. The SCADA software processes, distributes and displays the data, helping operators and other employees analyse the data and make appropriate decisions.

Both SCADA and DYNAC are well-proven systems, and there are more than 320 installations of DYNAC worldwide.

The system is designed to control movable barriers, gates, signs and other traffic control devices used to control motorway lanes and, in particular, to maximise capacity during peak traffic periods.

It also contains a VPiR auto-sweep application that uses CCTV and vehicle detection to scan the roadway for motorists. Its architecture can handle small single-server applications through to very large national systems controlled from multiple control centres. The three-tier open system architecture and open-source software is claimed to lower product development and support costs.

As mentioned, the system is well proven, and investigations have shown that in most cases, it is not the Austrian developed software that is at fault but the technology systems it controls, which is very often because of poor maintenance procedures. In one incidence, the DYNAC software was rendered inoperable because of computer server centre failures and was not a failing in the software itself.

Smart motorways have come under severe criticism from the police, RAC, and AA. The head of the Police Federation has called smart motorways “death traps,” and Sir Mike Penning, the Conservative former transport secretary who approved smart motorways, now says that he was “misled” and their rollout “should never have happened.” Labour has called for them to be abolished.

The AA and RAC will no longer go to break downs on smart motorways until Highways England has shut the lane. “If there are none of those protections there, it’s not safe for us,” says Nicholas Lyes, head of roads policy at the RAC. In some cases, the lack of hard shoulder access has prevented emergency services from attending to accidents quickly.

So what is the future for so-called smart motorways?

Basically, there isn’t one. The government has accepted the findings of a House of Commons Transport Committee report published last year.

In a typical, politically guarded reaction, MPs said they were “not convinced” that the benefits of all-lane running motorways were enough to justify the safety risks of permanently removing the hard shoulder. It was hardly surprising they were not “convinced” when the system had resulted in fatalities. 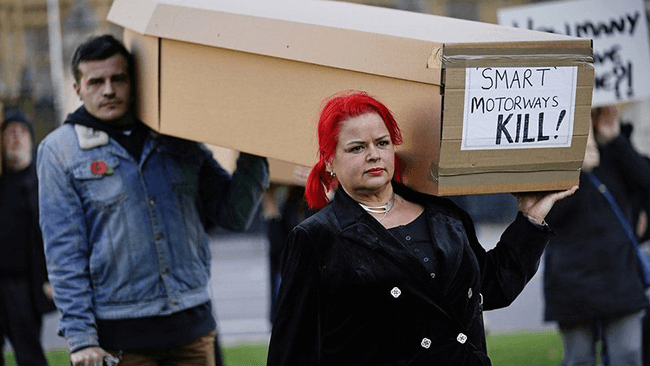 So what is the government plan for smart motorways?

In a move reminiscent of Margaret Thatcher’s favourite TV series, the satirical “Yes, Prime Minister,” it has been decided that the rollout of new stretches of all-lane running motorways will now be paused for five years, to collect more information and make the existing schemes safer.

Presumably, after that period, adequate software updates and replacement of delipidated CCTV systems and related infrastructure will have to be replaced, which makes the initial cheapskate decision not to build entirely new motorway lanes look like yet another possible fiscal blunder by our leaders.