7 Things You Need to Know about Controlling Light with Light

Scientists from Harvard's School of Engineering and Applied Sciences (SEAS), working with counterparts McMaster University and University of Pittsburgh, have developed a method of controlling light with light. The method may form a foundation for optical computing, a long standing been a goal of scientists and electrical engineers. It also may make it easier for engineers to imitate biological processes more directly. Results of the study were published in the Proceedings of the National Academy of Sciences (PNAS). 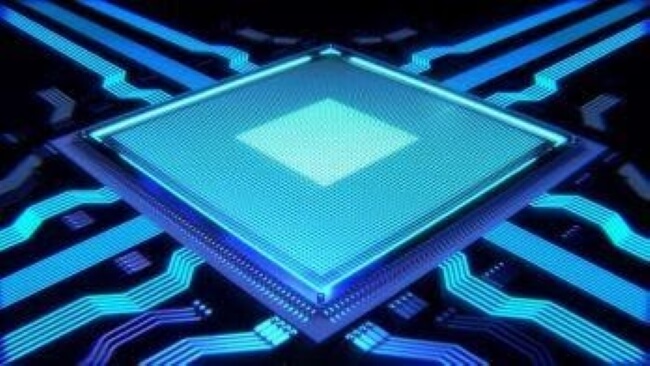 Researchers have uncovered a possible foundation for optical computing.

1- What are Optical Hydrogels

2- How Optical Hydrogels can Serve as Components of Digital Logic

As McMaster's Kalaichelvi Saravanamuttu, co-senior author of the study, describes the light beams, "Though they are separated, the beams still see each other and change as a result." He goes on to state that "We can imagine, in the long term, designing computing operations using this intelligent responsiveness."

3- How a Waveguide is Created

The researchers employed a sample of the hydrogel that was four millimetres thick. Lasers provided the beams reacting with the light sensitive material in the hydrogel, and the laser caused a chemical reaction that expelled water from the material. 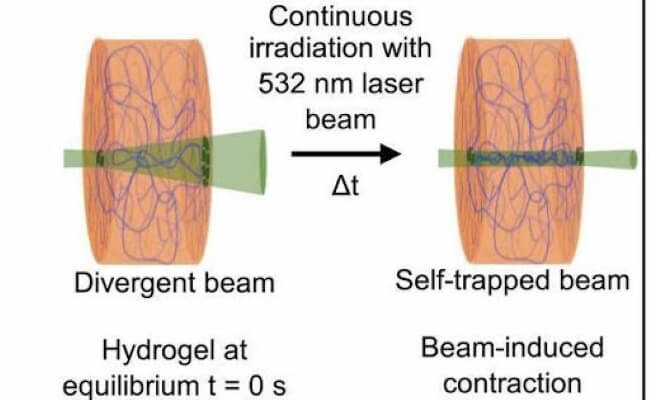 The presence of the laser beam induces the hydrogel to channel it.

4- How the two Waveguides Interact

A second waveguide was then created, parallel to the first. It was found that, even though the two waveguides were separated by distances greater than ten times their width, the presence of the second waveguide had a measurable effect on the first.

The researchers concluded that the second beam also created its waveguide by expelling water from its pathway. The expelled water impinged on the first waveguide, changing the refractive index and affecting the measured intensity of the second laser as it emerged from the four-millimetre thick hydrogel sample.

The power of the laser used to create the waveguide was in the milliwatt range, far more power than modern silicon logic requires. Also, the switching speed was on the order of 100 seconds, also not practical. However, as reported in the PNAS, the authors conclude that "our system provides proof of concept and lays the foundation for the rational design of other classes of faster-responding photochromic hydrogels."

6- Optical Hydrogels have the Potential to Mimic Biological Processes

As described in an article published in Photonics, the way the hydrogel contracts under the influence of the laser and relaxes when the beam is removed "mimics the ability of the iris and pupil to respond to incoming light dynamically." In that article, Anna Balazs, a participant in the project muses on the question of how the dynamic properties of the materials like hydrogels can be exploited to "mimic biological processes without the need for hard-wired processors and complex algorithms?"

Heat is the bane of electrical engineers. Not only does it represent wasted power, but it also degrades and impairs the function of nearby circuitry. Because light photons do not emit heat, replacing present-day metal circuit traces with light traces is a sort of a Holy Grail for EEs.

However, compounding the issue is that to be useful, any such "light trace" need to be compatible with silicon. For the light traces to be of future practical use, they must be capable of being easily integrated into that most ubiquitous of semiconductor material during the manufacturing process.

Scientists at the Eindhoven University of Technology have succeeded at devising hexagonal nanowires, comprised of silicon and germanium, capable of transmitting light.

According to lead researcher Erik Bakkers, the next step is to build an appropriate laser to generate a signal to propagate through the nanowires.