AI and Automation in the Workplace

Automation is key in the workplace, particularly for streamlining processes and improving efficiency. Thanks to artificial intelligence, automating jobs is increasingly possible, and not merely a fantasy of sci-fi. Learn how AI can bolster automation in the workforce!

What are the Benefits of Using AI for Automation?

In a 2019 write up, Mercury News reported that low-skill jobs would be replaced with artificial intelligence-powered automation. Indeed, there’s been much concern about AI taking over jobs once held by humans. But that’s not quite an accurate notion. Rather than replacing jobs, artificial intelligence is better-suited for augmenting tasks. On the job, automation may usurp humans for cognitive or physical assignments. A great example is assembly line automation, now powered by robotics. 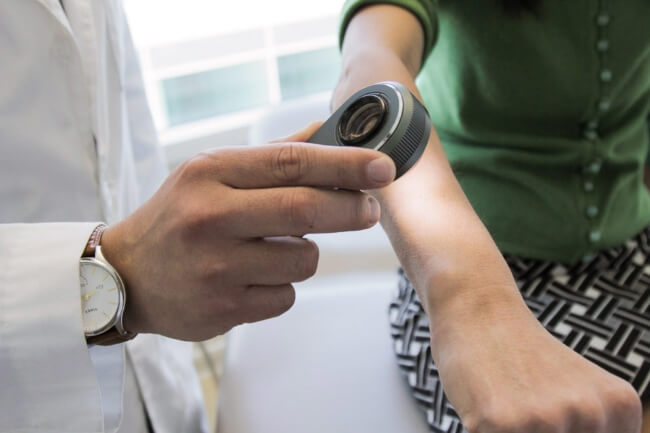 However, AI may be implemented for prediction and planning as well. An excellent and famous, as well as infamous example, found Stanford researchers teaching an algorithm to identify skin cancer. The deep learning trounced the doctors, with neural networks proving more accurate than a team of board-certified dermatologists. Does that mean your doctor will be replaced by artificial intelligence? Don’t go all “Lawnmower Man” just quite yet. Instead, what this means is humans may concentrate on more complex tasks such as treating skin cancer rather than identifying it. AI isn’t taking over jobs, but rather streamlining processes.

One of the areas where AI benefits job sites the most is in manufacturing. Predictive maintenance has been revolutionized through the use of neural networks. Asset management and risk assessment may be handled through artificial intelligence programs, with algorithms tackling the grunt work. And as McKinsey found, AI applications in production and manufacturing have proven massively transformative. In one specific instance, a cement company went all-in on the AI trend with the installation of a process-control solution plus real-time optimizers and improved productivity substantially.

AI can be used for advanced modelling with predictive analytics. Essentially, this is a reliance on artificial intelligence for building and delivering predictive models. And this has seen great adoption among several fields including marketing and sales. Where AI comes into play is for estimating customer behaviour. Companies accomplish this by capturing customer behavioural data, then analyzing that with artificial intelligence frameworks. Aberdeen found that organizations adopting predictive analytics were over twice as successful in correctly finding quality customers.

Similarly, personalization is made possible through predictive analytics. By correctly assessing customer behaviour, it’s easier to provide tailored content for users. The best means of accomplishing this is concluding historical datasets. Netflix, while it may be most associated with binge-watching, is a tech company. And not just when it comes to maintaining a streaming infrastructure. Instead, Netflix adopted and deployed Ai for the likes of personalized movie and TV show recommendations. Comparing user data, its recommendation engine can fairly accurately predict what type of content you’ll enjoy. Netflix can even employ viewing data to calculate predicted bandwidth usage for caching regional video servers which helps maintain fast loading times at peak streaming times.

Overall, artificial intelligence has tons of applications, including personalized recommendation engines, assembly line robotics, predictive maintenance, and even use cases. Despite fears of AI replacing jobs, it’s instead of going to take over easily-automated tasks. This then lets humans handle complicated jobs such as treating patients, repairing machinery, and creating products.