5 Things to Consider About Fusion Reactors

Fusion is what powers the Sun – and Hydrogen Bombs.

A fusion reaction generally involves two atoms “fusing” into a new atom. The atoms of interest are two isotopes of hydrogen, deuterium and tritium. While common hydrogen consists of one proton and one electrons, deuterium also possesses a neutron, and tritium has two. The result is a helium atom, and an energy-charged neutron. 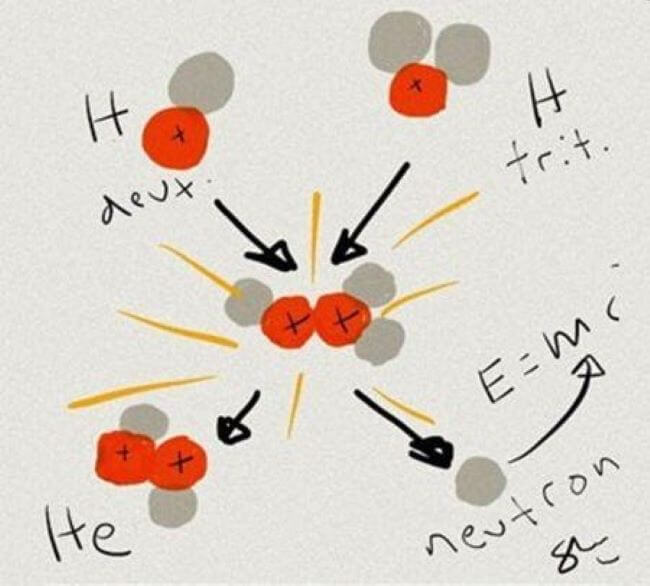 The key is that the new atom, helium, contains ever so slightly less mass than the sum of the original two. As we know from the famous E = MC2 equation, the “disappearing” mass is converted into energy. Of course, it isn’t just the original two atoms that “fuse”, but rather a chain reaction is started, and many, many fusings take place.

The result is sunlight from our own Sun that animates all life on Earth – or a hydrogen bomb explosion that can destroy a city.

Fusion reactors are devices, so far hypothetical, that can establish controlled fusion to supply vast amounts of power, with little other than hydrogen atoms for fuel. It has been an elusive goal for decades.

But they may not be hypothetical for too much longer.

Tokamaks are considered the first serious efforts at harnessing fusion power. Originally conceived of in the Soviet Union, these devices employ the aforementioned powerful electromagnets to confine the reaction in a manner to create controllable.

There have been many implementations of these devices worldwide, and some have met with some degrees of success. However, none have sustained a reaction long enough to achieve practical results.

The image below is a simplified outline of a Tokamak. The magnetic field holding in the plasma is indicated in red. The plasma current, indicated in white is generated via transformer, must be “pulsed”, because transformers do not produce continuous DC output. 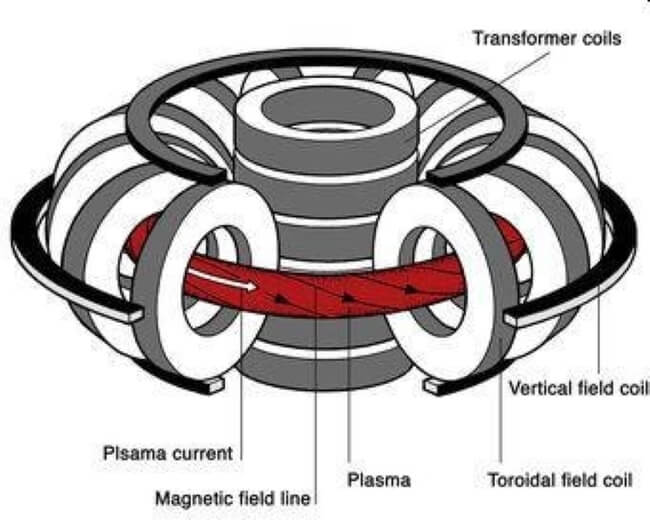 The Max Plank Institute lists about thirty active or under construction Tokamark devices worldwide. There are many ongoing projects in Europe, and also projects underway in the US, the UK, Europe, Brazil, Canada, Russia, Japan and China.

ITER is the International Thermonuclear Experimental Reactor project. Located in France, the multi-billion dollar endeavour is sponsored and funded by the EU, the US, Japan, Russia, China, India and South Korea.

The key to the ultimate success of the ITER project will be the same as for all Tokamaks:

The hard part of the project, of course, is to create a stable fusion reaction. Capturing the energy will involve simply converting the kinetic energy of the neutrons into heat, which in turn produce steam used to generate electricity. 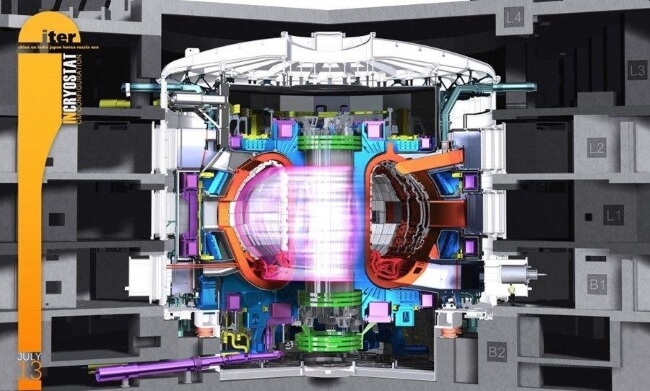 Although China is a fully participating member of the ITER project, it is also working independently on its own tokamak project. Sometimes called an "artificial sun" for the sheer heat it produces, the doughnut-shaped tokamak recently produced a temperature of 180 million degrees Fahrenheit – six times the temperature of the sun’s core!

Plasma confinement and density are the other two factors necessary for successfully generating fusion energy, but the temperatures achieved by the Chinese project certainly represent a very noteworthy milestone. China is very serious about its efforts, having already spent close to a billion dollars on the project. 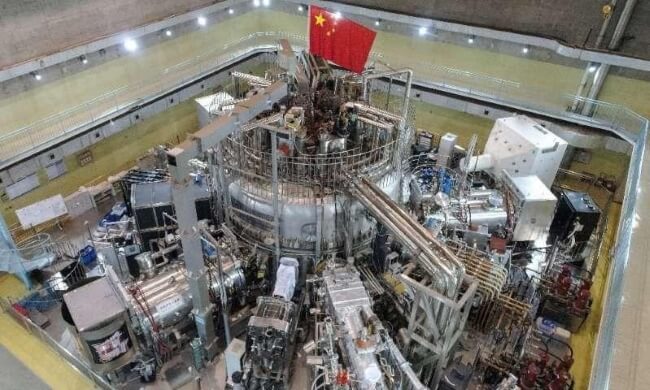 The US Navy has brought new interest to the perennial dream of fusion power by filing an actual patent application for just such a device. The problem facing would-be inventors of controlled fusion reactors is that it is impossible to create gravity, let alone recreate the fantastic level of gravity characteristic of the sun. It is the sun’s gravity that confines the elements to be fused tightly enough for the process to begin.

The Navy’s method eschews the employment of huge, superconducting magnets used to effect that tight confinement used in previous fusion projects. Instead, as reported in Forbes, the Navy’s proposal employs conical dynamic fusors that spin at extremely high speeds. These are intended to produce a powerful magnetic flux that would serve to compresses an isotopic hydrogen gas mixture to form a plasma core in a vacuum chamber. This compression will result in temperatures high enough to achieve fusion. 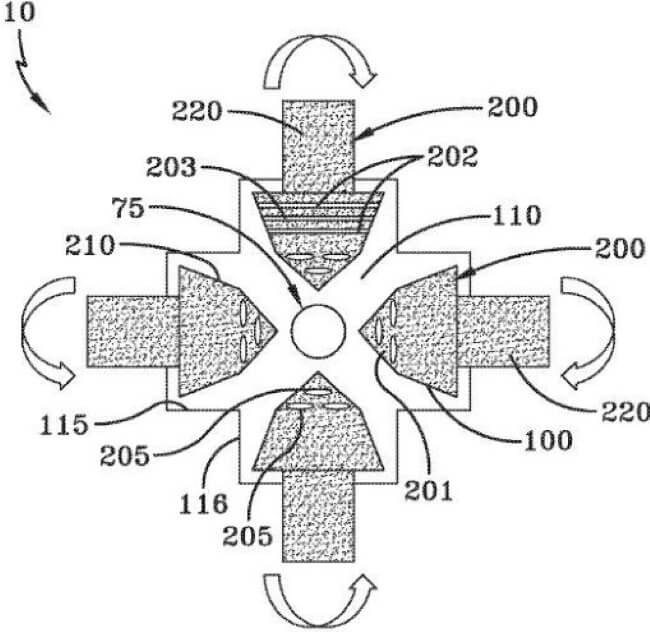 Above, an illustration from the Navy’s patent application illustrating the plasma core (75) surrounded by multiple dynamic fusors (200).

It is noted that today, the US Navy has about 150 surface vessels and submarines that employ nuclear reactors. It is reported that the Navy’s hope is to eventually replace those nukes with the new fusion devices.

The US is starting to deploy both laser and railgun weapons that will totally change the nature of warfare. What both of these types of systems have in common is a need for gigantic levels of electrical power, and fusion reactors would certainly fit the bill.

5- Other Noteables are Taking Interest in Fusion Reactors

And, it’s not only nation-states that are looking into fusion. As reported in the Washington Post, billionaires Jeff Bezos, Bill Gates and Peter Thiel have also gotten into the act. Reportedly, over a billion dollars has been raised thus far. Some of the recipients of the private largess include Canada’s General Fusion, TAE Technologies in California, and the U.K.’s First Light Fusion.

The expectation that newer approaches, involving artificial intelligence and 3-D printing, will help speed the way.