6 Things to Know About CubeSats

These satellites actually are cubical, and they’re also tiny. Their size is based on a what is designated as the standard CubeSat unit, referred to as a “U”. A 1U CubeSat is sized at 10 centimetres cubed – which is exactly the same as the volume contained in a litre. A 2U CubeSat is twice that size, at 20 cm by 10 cm by 10 cm. 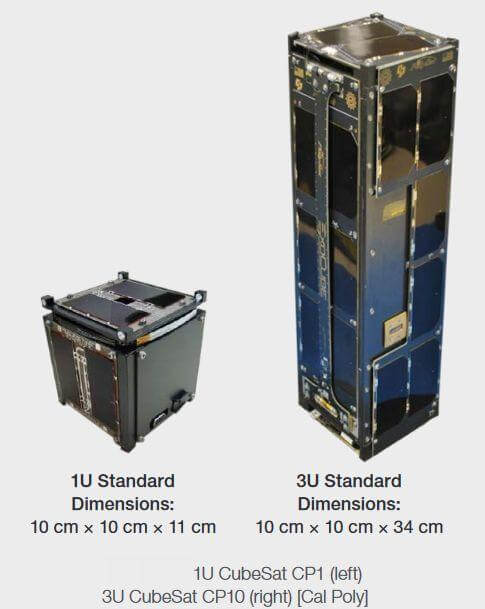 There is some variation, but standards for CubeSats make it possible mass-produce components that can be made available on an off-the-shelf basis, thereby drastically reducing costs. The standardization not only lowers production costs but also makes it cheaper to launch them into space.

1- The History of CubeSats

Professors Bob Twiggs of Stanford and Jordi Puig-Suari of California Polytechnic State University first proposed the idea back in the 1990s. The original purpose was to enable students to get experience building and working with satellites. This was impossible in the days before CubeSats because the costs involved were far too great. The idea was to keep them very small and very light. In this manner, the tiny devices can, in effect ride along with a far larger satellite, and in effect, enjoy a free ride into space. 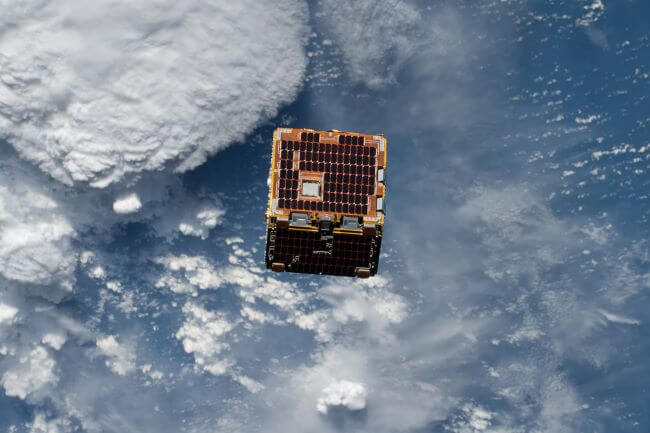 The two academicians defined the standardized sizes for CubeSats. They also came up with the P-POD (Poly-Picosatellite Orbital Deployer). This device hooks onto the launch vehicle, and blasts the CubeSat into the void at the right moment.

As Twigg describes it in an interview conducted by Spaceflightnow, because the proposed educational satellite would have no attitude stabilization, it would need solar cells on all sides to ensure constant solar power. He was then inspired by the 4-inch tube used to store the then-popular Beanie Baby toy. Covering it with solar cell would yield about one watt – enough to get started. And the CubeSat genre was born.

2- What are the Advantages of CubeSats?

They can be quite inexpensive to build and launch, in many cases within the budget of university science and engineering departments. They are less complex and smaller than the typical satellite launched into space.

In addition, under the right circumstances, they can be built with commercial off-the-shelf components (COTS) rather than expensive, radiation-hardened electronics. Even these components can survive space radiation for a limited amount of time, long enough for missions of short duration

3-  How Are CubeSats Launched? 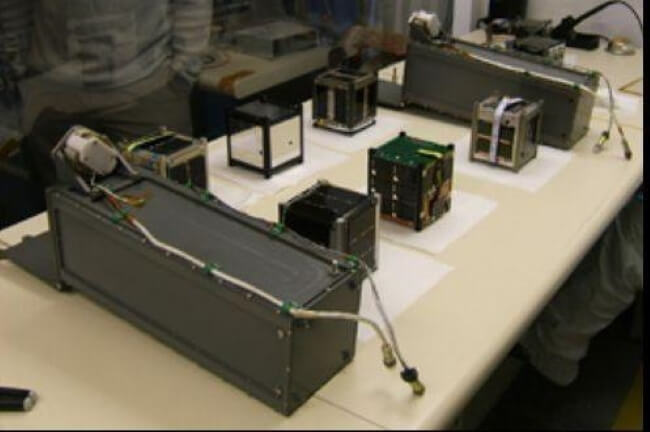 Notice that the P-PODS is three times the length of the 1U CubeSat, corresponding to its ability to  launch three 1U CubeSats or one 3U CubeSat

The P-POD was a critical step in the history of CubeSats. The device’s purpose is to mate with a launch vehicle whose primary task is to place a commercial or military satellite into orbit.

CubeSats have also been launched directly from the International Space Station, as illustrated below. 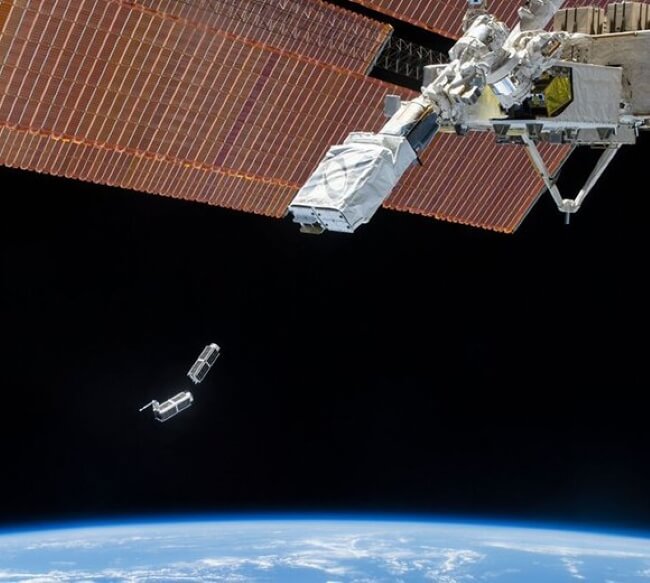 4- What is NASA's Strategic Plan?

NASA’s CubeSat Launch Initiative (CSLI), was put into place to enable CubeSats to secure payload space on launches that have excess capacity or as deployments from the International Space Station (ISS). CSLI enables NASA to develop public-private partnerships that provide a low-cost platform for NASA science missions. NASA foots the bill, and, of course, the developer is required to report the mission's findings in detail back to NASA.

To be eligible for CLSI support, the proposed CubeSat launch must ultimately be of benefit to NASA and must support a goal listed stated in NASA’s strategic plan. Roughly half of all CLSI missions involve studies of space weather and earth science. Other topics, as noted by NASA, include:

5-  How are CubeSats Propelled?

Some aren’t, they simply travel in the orbit they are injected into. But, as non-academic actors got involved with CubeSats, more control was needed.  Here’s one truly fantastic example.

Radiation from the sun and the stars impinge on the CubeSat’s sails and propel it on its journey. The return of the sailing ship, but instead of the Earth’s winds animating a ship at sea, the sun’s radiation drives forth a satellite in space! 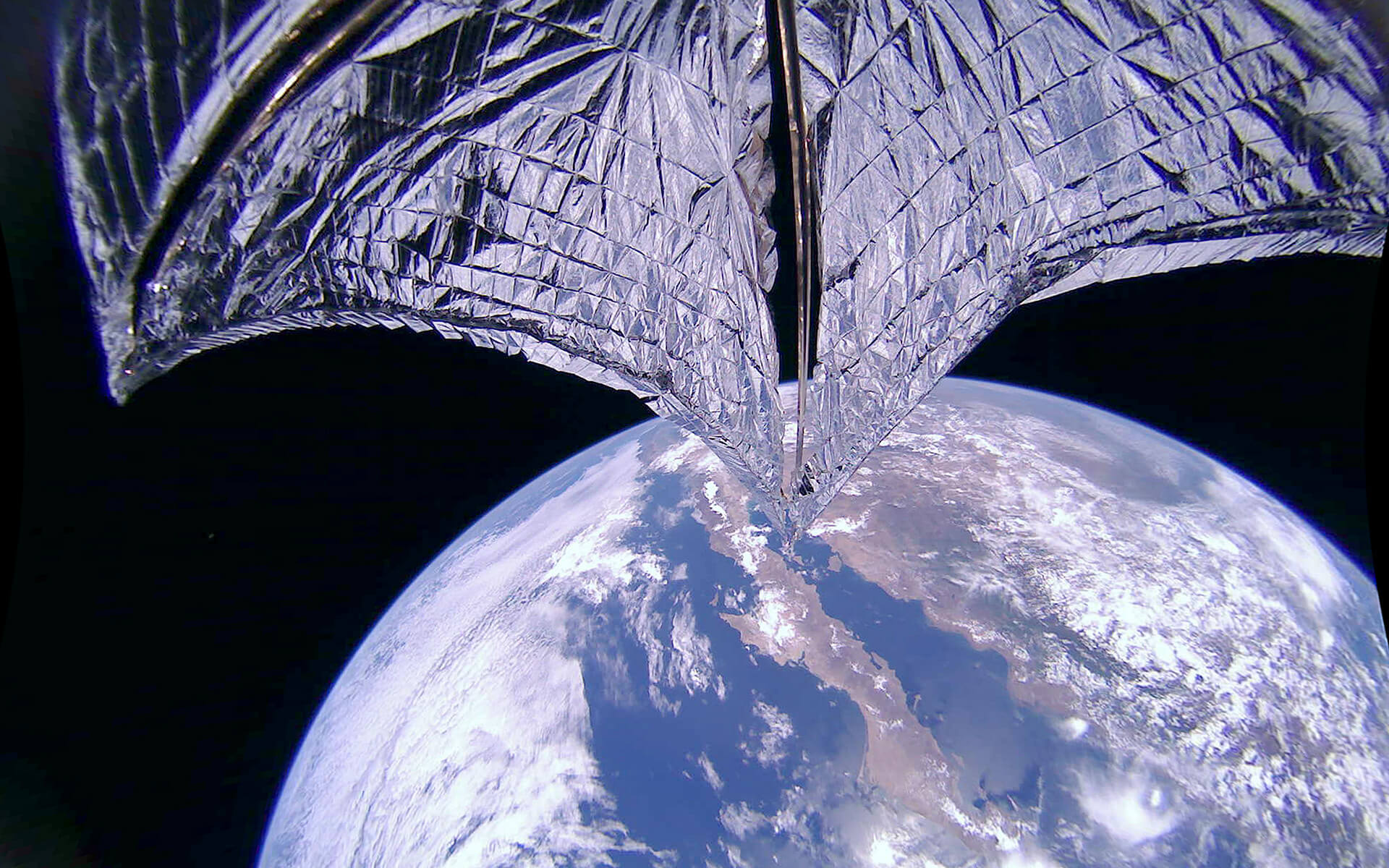 Here you can see a video animation of how to lightsail deploys.

6- How are CubeSats participating in the IoT Boom?

IoT (internet of things) networks connect computer-enabled devices, enabling them to transfer data without human intervention. If all the objects are close to each other, in a factory or warehouse, for example, connectivity is no issue. But, what happens if they are spread apart by wide distances, or at sea or even airborne, with no reliable cellular availability?

That’s where CubeSats can come into play. Swarm Technologies is readying a constellation of 150 CubeSats. The company’s website describes its potential contributions to remote IoT availability in applications ranging from agriculture, ground transportation, maritime monitoring and more. 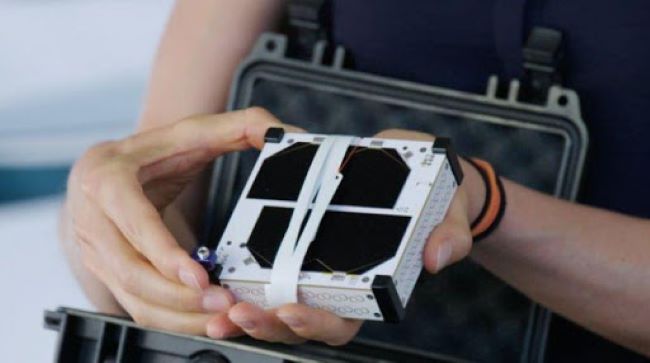 The SwarmBEE is a 0.25U CubeSat. Image source: Swarm Technologies

It may seem that Swarm is breaking the rules -  after all, wasn’t the smallest size of of a CubeSat supposed to be 1U? But what better sign can there be that that the maturing concept of the CubeSat has been validated? The original concept has, in effect, been “forked” -  just like the Android operating system!

Now you can maintain your data security from the grave