The behaviour of ants and bees and other swarming animals and how they adapt to changes in their environment are informing algorithms for robot decision making. The scientists are also going one step further to teach the robots how to cope with faults and damage. Whether it is monitoring icebergs near oil platforms or examining under water cables in rough seas, the swarm would learn from each member and can save power by sharing the burden of finding a solution and acting together. Power needs to be preserved because the swarm would operate over vast distances. 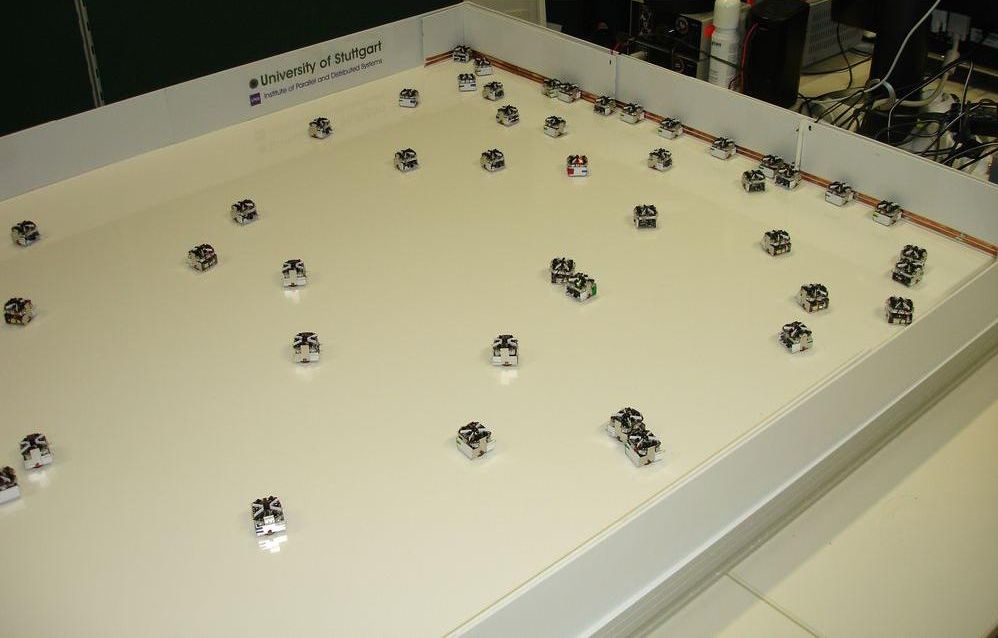 “[We are] developing algorithms for robot swarms to adapt in minutes instead of hours in response to damage or changes in the environment and we’ll test it on two different robot platforms,” said Dr Danesh Tarapore. “Robot swarms to date are not prepared for deployment. [They are] unable to deal with the inevitable damages and faults sustained during operation, they remain frail systems that cease functioning in difficult conditions.”

An assistant professor and researcher in the University of Southampton’s Faculty of Physical Sciences and Engineering, Tarapore has worked on robot swarms since 2009. In his previous work he demonstrated that a six-legged robot could adapt its gait when it lost two limbs and a robotic arm could manipulate an object even when one of its electric motors was faulty.

Tarapore added that in the outdoors an individual robot will not have a lot of power to examine many options and will have little data to analyse. By combing the processing power and all the data gathered by the swarm, the problem can be solved more efficiently. The challenge with coping with damage or having a tolerance of faults is that it has typically been designed in by an engineer with assumptions about what the faults would likely be. Under Tarapore’s work, robots would be able to understand the fault or damage and decide how to work round it.

Two different groups of robots will be experimented with. One group are indoor ground robots and the other is outdoor marine robots, “like robot boats,” Tarapore explained. The scientists have been studying animals to understand the mechanisms they use to collaborate and then transpose those mechanisms into algorithms for machine learning. The machines will then apply a trial and error approach to find the best way to cope with the faults or significant damage. In previous work carried out by Tarapore he examined spider-like robots that would adapt to losing a leg.

Tarapore also envisaged a scenario where robot swarms would replace people in dangerous and repetitive tasks. An example he gave of dangerous work is divers checking the hulls of incoming ships for contraband. Automation in agriculture is another application. His £250,000, two and a half year, project, funded by the Engineering and Physical Sciences Research Council, involves collaboration with the Southampton Marine and Maritime Institute, marine autonomy specialist ASV Global, missile systems firm MBDA UK and French research institute, INRIA Lorraine.

Qualcomm granted a license to sell 4G chips to Huawei