The latest revolution to hit the manufacturing sector will introduce new and innovative ways of interacting with and controlling automated processes. By Mark Patrick, Mouser Electronics.

These days, the word ‘smart’ seems to be a legitimate prefix for almost any established application that has undergone an upgrade. There are no formulas or recipes for what makes something smart, or a checklist for measuring an application’s ‘smartness’, but despite this it now comes with a general understanding and, perhaps, assumption that it will be altogether better than the non-smart version.

It is no surprise, then, that its use now extends beyond the mobile phone to include TVs and other home appliances. Perhaps the most impactful aspect of the smart revolution will not be seen by the consumer but rather experienced in the industrial sector. The Smart Office and the Smart Factory have the potential to not only increase productivity but, in the opinion of some, also create a significant number of new jobs to support the smarter workplace.

Factories get an upgrade

As with all aspects of modern living, the information age is an enabling factor but it isn’t displacing industrialisation; technology is helping turn traditional factories into highly automated environments. This is being referred to as the fourth industrial revolution, or Industry 4.0, based on a strategy initiated by the German government.

This is a step beyond the digital revolution that threatened to place more value on information than on goods. The rise of digital technology constituted a threat to an economy based mainly on manufacturing and, as such, was thought of as the third industrial revolution; one that introduced significant challenges. This contrasts starkly with harnessing water and steam power to drive large machines; widely accepted as the original industrial revolution, because it marked a massive socioeconomic change across the world. Arguably, subsequent revolutions have had less widespread disruption but perhaps no less of an impact. The subsequent replacement of water and steam power with electricity as the main source of power was the second revolution, one that, doubtless had costly but, ultimately beneficial consequences. Industry 4.0 offers factories and similar industrial environments the opportunity to do more with electrical power, automation, robotics and information technology, changing the workflow environment forever.

Naturally, this is just one more face of the Internet Age, where more things are connected and controlled remotely. Efficiency and productivity, ultimately leading to greater profitability, are the drivers in this latest revolution. And while there will also be an initial investment required, history shows that change is good. Greater automation on the factory floor was ushered in by the introduction of robots; their expense was rationalised by the increased level of throughput they offer. Similarly, Industry 4.0, which will bring even greater automation and an unprecedented level of insight into the manufacturing process, is already seen as being a positive and profitable development.

While automation will play a part in the smart factory, the human element will not disappear; there will be greater need for advanced human-machine interfaces (HMIs). These interfaces will also embrace new technologies, in order to ensure they maintain productivity levels. A traditional keyboard and mouse may not be the most efficient way of interfacing with an industrial PC, for example, while touch-sensing also has limitations in an environment where operators may need to wear heavy gloves.

One possible solution is the use of projected capacitive sensing; an extension of the well-established capacitive sensing used in smart phones. This offers the ability to sense objects in three-dimensional space, without the need for contact. Using advanced algorithms, it is also feasible to detect a wide array of gestures made in 3D space above the sensor, which offers many innovative use-cases in a smart factory.

Microchip is a pioneer in this area, offering its GestIC technology, which harnesses the concept of electrical near-field (or ‘E-field) detection. It has used this technique to develop the MGC3030 (SSOP package) and MGC3130 (QFN) gesture controllers, single-chip solutions that deliver a wide library of detectable gestures, such as a wave, a flick or a rotating finger. Positional tracking is also supported by the MGC3130, allowing the technology to be used as a mouse replacement, as well as enabling control systems that use a range of predefined actions.

The library used to recognise the gestures is the Calibre Gesture Suite, which combines a gesture recognition engine with x/y/z position vector post-processing. All of the complex digital signal processing is carried out on the device, which also includes the analogue front end for driving the transmit/receive electrodes, and Communications Interfaces for connecting to a host processor.

The software used in the GestIC library and algorithms uses a technique called the Hidden Markov Model (HMM), a statistical modelling process used in applications like speech, handwriting and gesture recognition. Its use has largely displaced a technique known as Dynamic Time Warping (DTM), which is an algorithm for comparing two sequences; in this respect it can still be used in voice recognition systems that are ‘trained’ to respond to commands.

This is simpler than a natural speech recognition application that may be necessary for real-time translation, for example. In the case of industrial control, it should be feasible to train a machine to respond to user-dependent commands issued by a controller, such as ‘start process’, ‘stop process’ or ‘reset process’, for example.

If this is the application, the SpeakUp speech recognition board from MikroElektronika might provide the right solution. 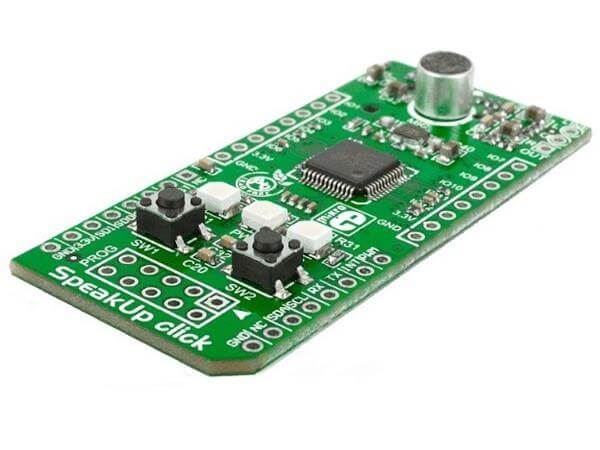 Figure 2. The SpeakUp speech recognition board

It is able to recognise over 200 different pre-programmed voice commands and directly control actuators to carry out the commands recognised. The board’s hardware comprises an STM32F415RG microcontroller from STMicro and a stereo audio codec, along with a built-in microphone and support for an external microphone.

Once configured using the supplied PC-based software, the board is able to recognise and act on up to 200 commands. It supports control using both general-purpose I/O, driven directly from the ST MCU, and MikroElektronik’s own mikroBUS interface, allowing it to control a range of plug-in boards. It can also operate in ‘CLICK’ mode, which pushes commands out over either the USB or UART interface.

There are five possible actions that can be assigned to a decoded voice command: On, Off, Toggle, Pulse and None. Furthermore, the Pulse command has configurable parameters: duty, period and number of repetitions.

An example configuration would be to use the board with one of the many Click boards designed to add additional functionality to a project, to use voice commands to turn appliances off and on. These can easily be combined with an embedded processing board, such as the Beaglebone Green, to form the heart of more sophisticated and capable systems; once configured, the possibilities are almost endless.

Gestures and voice commands may provide the perfect human-machine interface for some applications, such as when an operator is still required to monitor and control a process during operation, for example. However there may be many new scenarios within Industry 4.0 that could benefit from a more intuitive form of interface. 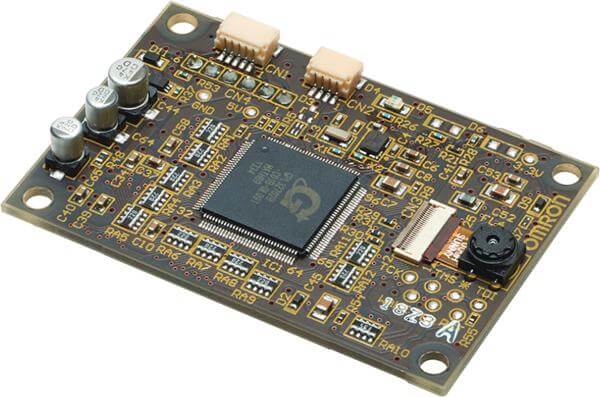 The HVC sensor technology is able to identify a face in its field of view and then not only recognise who the face belongs to by their expressions, but also the direction in which they are looking. A happy face looking down could, for example, indicate that the operator wants the process to begin, while a surprised face may indicate that the process should be stopped.

As well as recognising faces and facial expressions, this technology is also able to identify hand gestures, meaning it could be used to validate the identity of an operator and then allow them to instigate operations, without the need for any other form of electro-mechanical interface. As it works on images rather than sounds, it could also be used in a noisy environment, such as a factory floor, without impediment.

Technology has always underpinned all industries, be they manufacturing or information-based. As the digital revolution spread across the world it represented a step away from more established industries such as manufacturing. Now, however, at the dawn of the fourth industrial revolution, it will be those most agile and able to adopt new technologies that will benefit; Industry 4.0 isn’t limited to just those established in manufacturing, but gives all economies with a manufacturing base a chance to increase productivity and gain a competitive edge.

In addition, innovative manufacturing methods such as 3D printing are set to change the way materials and products are designed and made, forever. This will inevitably demand a new way of doing things, be that using more intuitive or autonomous robots, or more sophisticated ways of interfacing with automated processes.

One thing seems certain; the pace of change is accelerating, as the technologies discussed in this article demonstrate. These and other advanced technologies will form crucial elements in Industry 4.0.

Chocolate versus electronics. When it comes to beating strokes my money's on both