BaySand recently announced the availability of the ASIC UltraShuttle-65 silicon MPW program that supports multiple designs customisable by four metal layers. The methodology is based on BaySand’s standard cell library, including logic cells, IOs, memories and IP blocks that the company says are fully characterised and silicon proven.

EnSilica says its automated flow allows complex CPU sub-systems to be delivered to customers quickly and can include single or multiple eSi-RISC processor cores with JTAG debug, a range of peripherals and timers and encryption accelerator cores.

The system is designed around standard multi-layer AMBA AHB bus fabric generated as part of the automated flow. Additional APB, AHB, AXI buses can be included to allow the simple integration of the customer’s own IP cores. This design flow is expected to allow EnSilica processor sub-systems to be delivered to customers ahead of the first ASIC UltraShuttle-65 MPW run in October 2016.

The ASIC UltraShuttle-65 MPW can also be used for FPGA to ASIC conversion which is said to cut risk and costs while shortening time to market.

Micrium’s range of communication software, including its USB host/USB device and TCP/IP networking protocol stack, has been ported to EnSilica’s eSi-RISC.

Micrium’s µC/OS-III is a pre-emptive and deterministic multi-tasking RTOS with optional round-robin scheduling. It is claimed to be capable of supporting unlimited application tasks and kernel objects. 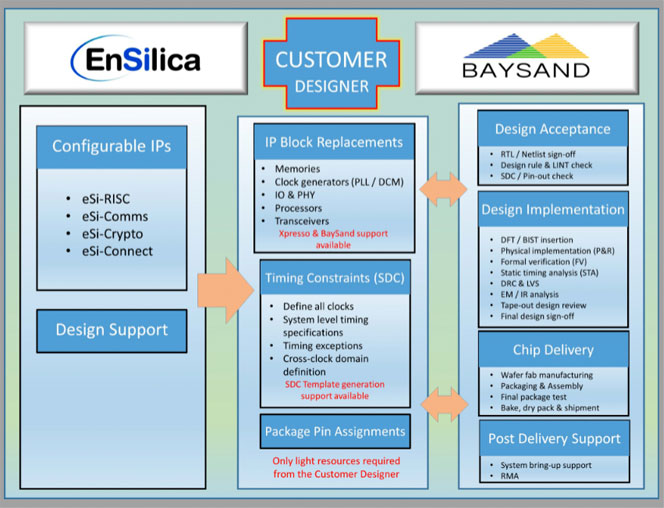 Computer Architecture Must Change Every 5 Years

Tomorrow’s cars will be all-round communicators