London's huge military show - deciphering the jargon was half the battle.

The DSEI Defence and Security Equipment International exhibition in London is a huge collection of all the latest air, sea and land military equipment, much of it empowered by electronics.

Electropages went along to search out some of the hot technology but for us the first line of attack was getting to grips with the jargon of warfare.

Examples ranged from; enhanced lethality to multiple initiations co-ordination to my personal favourite, spatial disorientation or loss of situational awareness in a degraded visual environment; in other words, getting lost in the dark.

But to be fair there where some very smart innovations on show. Here's five of the best.


Bloodhound is a showstopper.

This may have been a military exhibition but one of the big scene-stealers was the Bloodhound supersonic car. 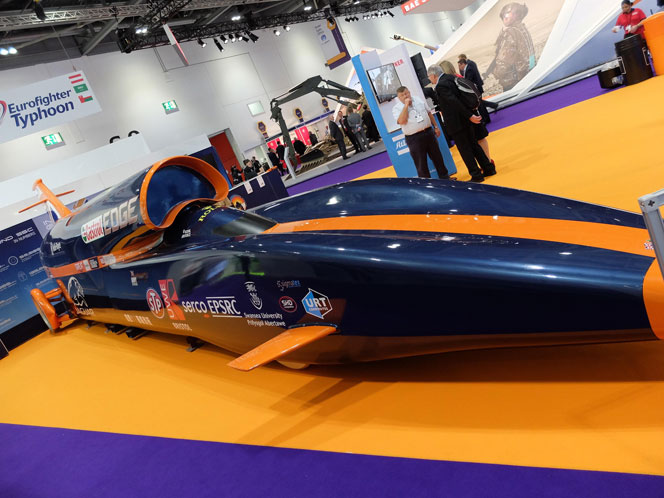 You may wonder why this was at a military show but Bloodhound’s design speed makes it faster than a jet fighter at sea level so it’s no surprise that the technologies it employs have more to do with aerospace than automotive.

It is an extraordinary automobile. Designed for a top speed of 1,050 mph it is hoping to beat the world land speed record in Northern Cape, South Africa in 2015 and 2016. Here's some amazing stats: 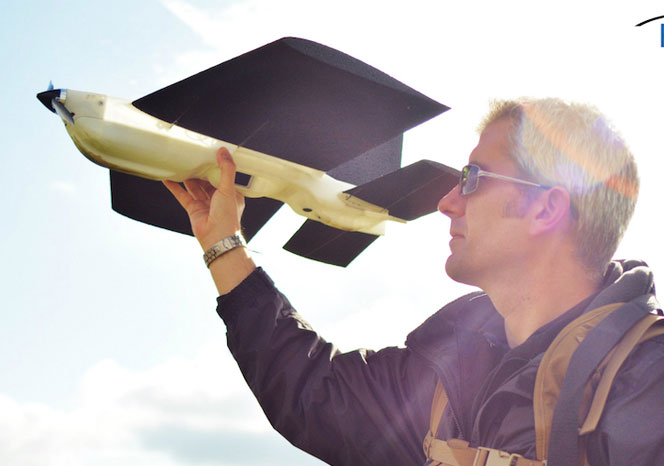 With a wingspan of 75mm and a maximum takeoff weight of 1.5kg, ISTART can cover a 5km radius at speeds of up to 40kph. It has a range of sensors, including optical and infrared cameras.

Particularly interesting is that this UAV need no piloting skills in its deployment and there is no human intervention from launch to landing.

Mission planning is accomplished by a simple point and click interface which enables the operator to tell the system the required destination. Then it's just a case of pointing the sensor in the desired direction.

Electrical connectors are always perceived as a humble element in the great electronic scheme of things but many systems depend on them. 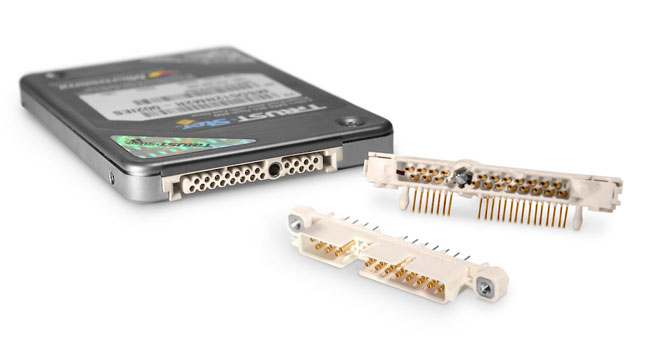 But the Smiths Connectors Nebula Series are SATA 6.0 Gb/sec connectors for high-speed data rates with 100ohm impedance, and they can cope with 100K mating cycles. The pins are protected by recessed contacts within insulators made from high temperature liquid crystal polymers that are resistant to cracking. This features allows for increased MTBF of the ruggedised hard drive assemblies by eliminating the connector as typically the first-failure component.


New processor gets on board

Concurrent Technologies where busy in the UK sector of the show. The company recently announced its first processor board based on the Intel Xeon processor E3 v5 family (previously the Skylake-H). 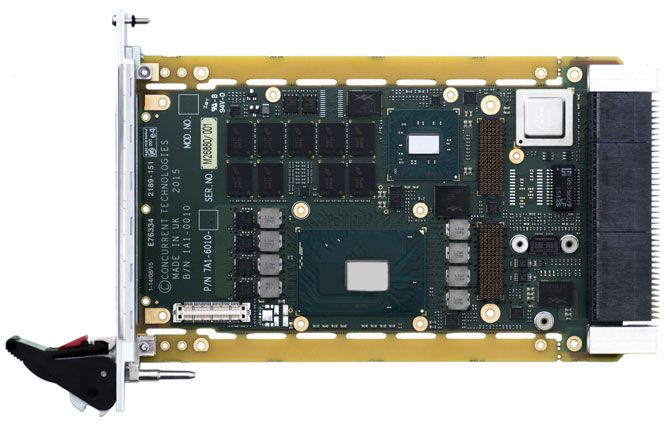 TR E5x/msd is a 3U VPX board featuring the quad core Intel Xeon E3-1505M v5 processor with up to 16GB of DDR4 ECC DRAM and an assortment of I/O interfaces.

These features mean the TR E5x/msd is suited to multi-processor command, control, communicate and compute applications in the military, aerospace and transportation markets.

In addition, this is the first board available from Concurrent Technologies to be fully compliant with the recently ratified VITA 46.11 standard, designed to enable uniform system management functions across VPX based equipment. 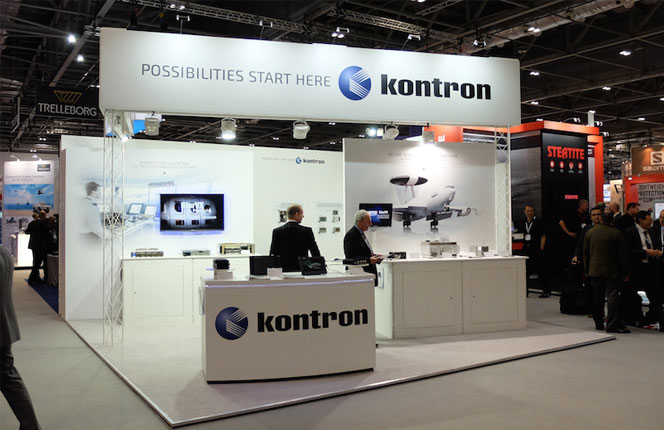 Amongst these was the highly integrated 3U VPX SBC. The VX3058 integrates the 8-core version of the Intel Xeon-D processor and features Dual 10 GbE, PCIe 3.0 and high speed DDR4 memory. Also on show was its turnkey VX3058-based Kontron StarVX HPEC platform which enables workload consolidation into a single rugged server using parallel virtual machine execution.