Chocolate versus electronics. When it comes to beating strokes my money's on both

As a committed consumer of dark Swiss chocolate, research saying that downing a daily helping could reduce the risk of cardiac disease and strokes came as very good news to me.

Researchers at the University of Aberdeen have concluded that eating up to 100g of chocolate a day lowers the risk of suffering a stroke by an impressive 23%. This latest news comes several years after scientists found that chocolate was helpful in reducing blood pressure which is a major contributing factor to stroke attacks.

But whereas I am totally in favour of all of us consuming a healthy level of daily chocolate, its technology that will ultimately win the day when strokes happen.

Not surprisingly it's the electronics at the core of an innovative and important system called Strokefinder that could be making a huge contribution to the successful treatment of stroke victims. 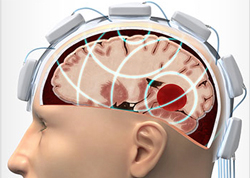 Developed by Medfield Diagnostics AB a Swedish medical technology company, Strokefinder MD100 is a portable microwave tomography system that has the ability to distinguish between ischaemic and haemorrhagic strokes.

Most of us know that it is the rapid diagnosis of strokes and subsequent treatment that is crucial in the successful treatment of a stroke victim. Very often stroke victims are rushed to hospital and then have to have MRI scans before a suitable diagnosis is made. Basically, this all takes too much time.

Over 80% of strokes are ischaemic which are caused by clots and the remainder are caused by internal bleeding in the brain. Getting a fast and accurate diagnosis of what type of stroke is happening is crucial because only then can the correct treatment strategy be applied.

For example, thrombolytic therapy is suitable for treating ischaemic strokes but is totally inappropriate, to the point of being lethal, in cases of haemorrhagic stroke.

Where Strokefinder really scores is that not only can it recognise the different types of stroke but because it is a portable system that is fitted to the patient's head, diagnosis can happen in the ambulance before reaching hospital thereby saving vital time. Test results usually take about ten minutes.

How does it all work? The system uses microwave tomography which is sufficiently sensitive to differentiate between the dielectric properties of blood and brain tissue. It uses a USB/wireless interface and the helmet-like section that is placed on the victim's head is connected to a laptop. Embedded software then starts the test, collates the data and analyses the results. An algorithm evaluates the polarisation, amplitude and phase of microwave signals as they pass through the brain. Changes in signal constellations due to conductivity and permittivity gradients in the brain are detected and analysed. This information is compared with stored reference data which then determines whether an ischaemic or haemorrhagic stroke has occurred.

This piece of kit is undoubtedly a hugely important breakthrough when it comes to both saving victims lives and reducing the debilitating effects of serious strokes.

According to King's College London, strokes in the United Kingdom cost the economy about £7billion annually and the figure for Europe as a whole is €27billion with the United States having a total costs of $34billion. So a system like Strokefinder not only has very positive implications for stroke victims but could make a serious contribution to reducing national healthcare costs.

Getting back to the non-electronic treatment regime to reduce the incidence of strokes I mentioned at the beginning, precise data on just how much chocolate consumption would contribute to significant healthcare cost reductions is not currently available; although clearly, this should not deter any of us from implementing long-term field trials!

The Genius of CAN Bus Arbitration