New capacitive hidden switch for use behind non-conductive surfaces

SCHURTER has introduced a new Capacitive Hidden Switch, series CHS, designed for use behind non-conductive surfaces. The new series develops on the potential applications for HID by allowing interface designers more flexibility in custom panel design.

The device is a stand-alone capacitive switch designed to be used as a single key or in arrays behind non-conductive surfaces.

The standard switch is created to mount behind a glass surface up to 2mm in thickness. Just remove the protective cover and adhere the switch. The switch is programmed so that it does not false trigger in the case of contact from spray or running liquids or minor wiping. Activation is performed by a precise touch of the switch surface. The sensitivity of the device can be tailored to specific application demands, which also applies to the thickness of the material behind which the switch is bonded. This indicates that other non-conductive overlays such as porcelain, ceramic, plexiglass, plastic, marble, granite and wood can be employed as surface overlays, opening the door to an overabundance of new device interface possibilities in areas including architectural design, vending machines, professional/gourmet kitchen and premier batch appliances, ticketing and other self-service kiosks, as well as the growing trend for such panels in industrial applications. What is more, is cleanable surfaces are particularly important today in hygienic applications. The hidden switch has no mounting holes or switch openings that would enable ingress of liquids and dirt or microbes.

Provided in three variations, CHS1 with the PCB circuit only, CHS2 with housing and RGB backlit illumination, CHS3 with potted housing and RGB backlit illumination. All three are simply installed to the back of the surface with 3M adhesive. Dimensions are 30mm x 30mm with minimum mounting depth. Integrated connectors, flexible wires or separate connector options can be defined in the part configuration. With no moving parts to wear over time, the technology has a rated lifetime of >100 million actuations. The operating temperature range is -40C to +85C. Version with latching action is available on request. 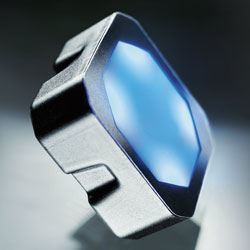 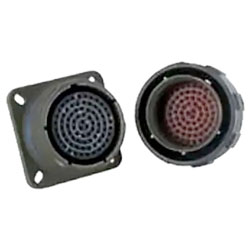 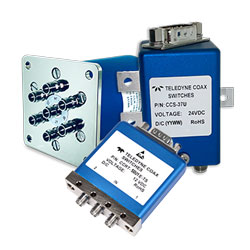 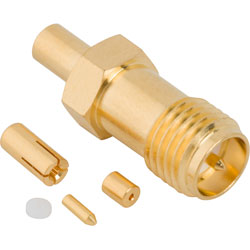 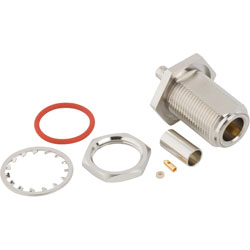