Nordic Semiconductor has announced that after a successful Kickstarter campaign that far exceeded its original funding target, an IPv6 compatible Bluetooth Smart (formerly known as Bluetooth low energy) Internet of Things (IoT) development kit called Bluz, developed by U.S. start-up Easier To Use, employs a Nordic nRF51822 System-on-Chip (SoC) based module and offers cloud-connectivity (to Spark cloud) out-of-the-box. Bluz is marketed as a basic Bluetooth Smart, Arduino-style, Spark Core/Photon pin-compatible platform designed to enable anyone to build low cost, ultra low power IoT devices that can operate from a coin-cell battery for months or years using an expandable set of stackable printed circuit board shields to add further functionality. Developer Easier To Use says cloud-connectivity is provided by a Wi-Fi dongle or - for wearables - a user's Bluetooth Smart Ready smartphone (via cellular network tethering) powered by low cost cloud-connectivity specialist Spark and compatible with app-based product control services such as IFTTT and Tinker for triggering events and processes. By combining with Spark, Easier To Use says that Bluz is able to be controlled completely from the cloud. This includes the ability for the hardware to be accessed through a simple REST API when it is online and programmed over the air from anywhere in the world. Easier To Use says Bluz will also integrate seamlessly into the Spark ecosystem, so it will be programmable through the Spark Web IDE and will work with all other features of the Spark ecosystem (including Webhooks, Dashboard, and Tinker). Bluz itself is a standalone board that is said to break out all the major functions of the Nordic nRF51822 (such as SPI, I2C, and UART) as well as 18 GPIO pins. Easier To Use says that Bluz can also be paired with a number of stackable shields, such as an accelerometer, battery, or prototype shield to allow quick and easy creation of custom prototypes. By combining the ultra low power consumption of Bluetooth Smart with cloud access, Easier To Use claims a whole new category or battery powered IoT devices can easily be built. These devices are said to perfect for wearables or applications where many devices need to be deployed but a constant power source isn't available, says the company. "The Internet is coming to everything: not just through a smartphone, a tablet, or a PC, but through everyday standalone and wearable items," said Eric Ely, CTO, Easier To Use. "Bluetooth Smart is a fantastic complement to other technologies such as Wi-Fi and cellular as it can use these technologies as a central hub or gateway for many low power, low cost wireless sensors and Bluz is designed to help speed that development along." 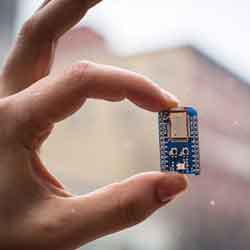 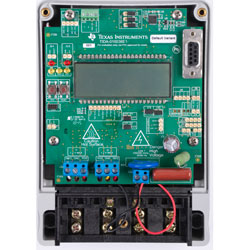 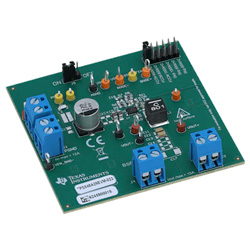 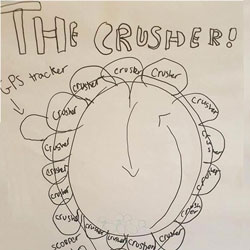