However, similar detectors employing IR radiation have a far wider application. First of all, these are devices that test the air quality and the composition of gases emitted in industrial plants and internal-combustion vehicles. Of course, infrared spectroscopy facilitates the analysis of colourless and odourless substances, which is why it is also used in modern security systems. Examples include the gas industry (leak detection) or mining industry, where the infrared detector helps detect methane and other hazardous chemicals.

The same method is employed for quality control in factories producing compressed cleaners and cosmetics (deodorants) – to check if cans do not become unsealed. The analysis performed with the IR laser beam is not limited to gases. One of the application areas is also water quality testing (water supply systems, wastewater treatment plants). Different solutions, but based on the same assumptions, can be seen in medicine (e.g., capillary blood sampling), microbiology, as well as in meteorology and climatology. Infrared detectors are also a fundamental element of modern railway security, where they monitor the durability of mechanical elements.

The company's infrared radiation detectors are employed in areas such as oncology, astronomy, and even NASA programs. The production process used is based on the MOCVD method (Metalorganic Chemical Vapour Deposition - deposition of semiconductor layers from vapours of metalorganic compounds). This process allows for the production of detectors characterised by excellent precision. The best confirmation of the quality of the modules offered by the manufacturer is their use in the exploration programs of NASA and the European Space Agency. The detectors produced by VIGO System are currently visiting Mars. They belong to the onboard instruments of the American Curiosity rover and the European Schiaparelli lander.

Recently, detectors and detector-based ready-made measuring modules can be purchased in any quantity, including samples required for prototyping and verification of system concepts. Such a possibility is offered by cooperation between VIGO System and TME, under which the Lodz (Poland) distributor can sell infrared detectors. The offer will initially include miniature IR detection modules, general-purpose detectors, high-speed detectors, and modules for laboratory use.

Below are an assortment sample, including specialised modules and universal solutions designed for use in many industries.

Laboratory infrared detectors, model LabM I 10.6 modules are intended for laboratory applications. They are configured using the Smart Manager Software. The user can change parameters such as gain (up to 40dB), bandwidth (1.5, 15, 100MHz), temperature control, etc. The full detection range covers radiation from 2 to 12μm. Thanks to the wide spectrum, the module can be utilised to calibrate laser emitters. It is also used in the production of integrated circuits, glucose monitoring (diabetology), and dentistry.

Like the model described above, mid-bandwidth infrared detectors, model LabM I 6 is designed principally for laboratory work. It also has the possibility of program configuration. The difference between the modules is primarily the spectral detection range, which is more selective, covering wavelengths from 3 to 7.5μm, defined as the medium infrared bandwidth, MWIR (Midwave Infrared). It also achieves a greater bandwidth (up to 200MHz). Due to this characteristic, the detector is used primarily in the gas composition analysis.

Miniature IR detection modules, microM 10.6 is a miniature detector module intended for applications with limited space. It is characterised by a wide viewing angle (acceptable beam incidence angle) of approximately 85-degrees. There is no built-in voltage monitor, no cooling cell (only a preamplifier operating in DC mode), which should be included in the design. It is a general-purpose product (laser calibration, CO2 measurements) working in a wide spectrum (approx. 2–12μm), but optimised for the ‘long infrared’ (LWIR) bandwidth.

UM 10.6 and UM I 10.6 general-purpose detectors have detection parameters similar to the microM-10.6 module. Like all the company's products, this module has a sensor window made of zinc selenide covered with an anti-reflective coating. The transmission spectrum for windows made of this compound ranges from about 2 to 22μm, which perfectly fits the characteristics of infrared detectors. Modules have mounting bracket (for a threaded M4 hole), power connector (2.5 to 5.5V, 5VDC type), output connector (AC signal is fed to the SMA coaxial socket), and connector for monitoring the voltage supplying the preamplifier (required for a precise off-set compensation). A thermocouple equipped with a heat sink and a fan (powered from the same source as the detector system) was used to cool the module. This comprehensive and compact design facilitates implementation and lowers the installation cost.

The ultra-fast infrared detector, UHSM 10.6, UHSM I 10.6, is a 1GHz detector optimised for a 10.6μm radiation. It is intended for laser distance measurement (also 3D scanning) and interferometry. Therefore, it is an ideal solution for several fields from communication, through precise quality control in industry to scientific applications. It is ideal for disciplines such as metrology, seismology, astronomy, and chemistry. Detectors with this specificity are used in spectroscopy using two optical combs (dual-comb spectroscopy).

In the case of the UHSM-I-10.6 model, the parameters and area of interest are similar to those in former versions. The photovoltaic detector is integrated with the micro-lens (the ‘I’ in the symbol stands for ‘immersed’). This made it possible to obtain a high SNR with a transmission band of 700MHz and a beam incidence angle (from 80 to 36-degrees).

The structure of the UM-I-6 module is similar to the products described above. Its distinguishing feature is optimisation for radiation with a wavelength of 6μm – which makes it a universal variant of the LabM-I-6 laboratory detector, ideal for use in industrial applications. Devices with such parameters are used to monitor the exhaust gas denitrification process (reduction of nitrogen oxide emissions) and to detect carbon monoxide and ammonia (mainly in industrial cooling installations). 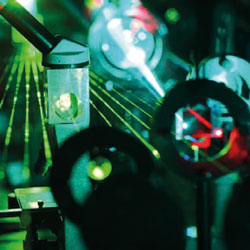 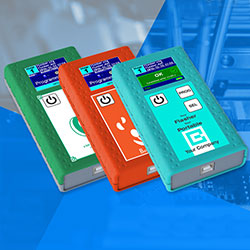 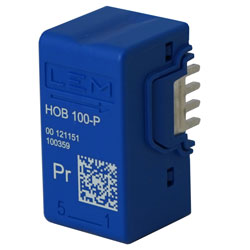 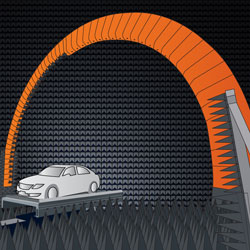 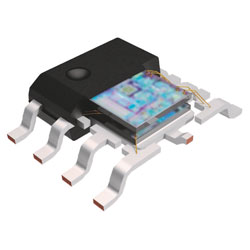